The 80’s! The dawn of the decade sparked it for the Headmasta. The catchy, funky tunes of the era swarmed and gave birth to a whole new music generation including Headmasta, merely six-years-old then. Its momentous influence latched on to the kid who picked up the passion for music from his six older brothers particularly one who was into collecting cassettes and vinyls.

Together, they tuned in to songs by Marvin Gaye, Aretha Franklin, Chaka Khan and new wave bands like O.M.D, Depeche Mode and Erasure. At the age of seven, Headmasta was taken up by another brother’s interest in break dance and eventually joined his dance crew. The jaw dropping and sensational moves of movies, Beat Street and Breaking released in 1984 got them hooked to the world of breakdance.

THE BEGINNING
Headmasta was hooked to music and it wasn’t surprising that he would choose to work part-time jobs at pubs and nightclubs while attending school, instead of fast food joints. He was fed on music where he worked and eventually, veered down the path of a disc jockey.

Moving around in a circle of deejays, he met, socialized and learnt the art of disc jockeying from observing, spinning and learning from his peers. His firm belief that music could educate, heal and rejuvenate the soul with its thumping vibe and electrifying pulses made him eager to perfect his art form. His sharpened sense of mixing, seriousness at his job and versatility on the decks eventually earned him his nickname – Headmasta.

THE PRESENT
Sporting an Afro hair do and laid back dress sense, the multi-lingual Headmasta established himself as a bona fide maestro on the decks with his aptitude for almost any genre known to music lovers. Headmasta’s name spread through the industry grapevine like wild fire in just a couple of years of establishing himself as a deejay.

However, Headmasta’s name solidified in his days at the Latin Heat club – El Nino. Here, he carved a niche spinning Latin music namely Salsa, Merengue, Latin Pop and Reggaeton. His ability to read the crowd has also made him a favourite with agents and club owners as this strength is sought out for in deejays.

His agility at mixing and creating new flow, not to mention keeping the masses pumped up throughout the night while maintaining the groove is yet another feather in the cap. Headmasta is also reputed as one of the best in coordinating with live bands in terms of their groove and repertoire. He was requested to perform at one of the country’s top 5 exclusive clubs – the London-based international Hilton chain’s Zeta Bar. Known for celebrating the exclusive life-style of the rich and famous, Zeta boasts of an up-market patronage that dances the night away to a genre of groovy tunes.

Stage experience with international bands
– On the decks for Hilton Kuala Lumpur’s before and after-party for singer Debra Harry of Blondie
– With Earth Beat and INXS lead vocalist J.D. Fortune while he sang hit song Pretty Vegas at Zeta Bar
– With son of Ras Shorty I, Soca Music’s legend, founder and campaigner, Isaac Blackman of Love Circle at Groove Junction.

Future Plans.
There is more to the game than just spinning to please as Headmasta plans to own a record label and also sign up with other record labels. He hopes to produce different types of house genre by adding cultural music aspects to his productions that would be acceptable to all ages.

Headmasta believes in keeping the passion for music alive because music is the voice of emotion, it brings people together. 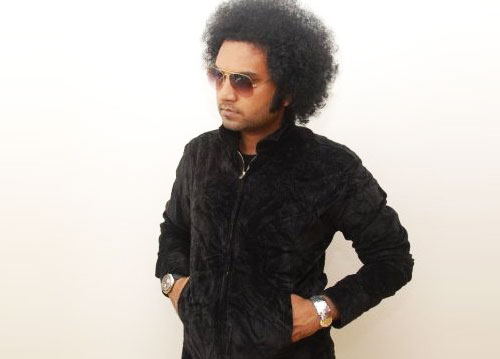