Originally born and raised in the Ko’olau Mountains and waves of Hawaii she was surrounded by the rhythm of the natural forces around her. Her father who was a professional magician, played huge role in Diamond’s love of performance. Becoming a DJ was the perfect combination of all of her loves. She left Hawaii to move to the mainland. San Diego became her home and gave her the opportunity to expand as an artist. On top of her DJing Diamond was active in theater and the performing arts addition, Diamond continues to be featured in many of the top magazines including Playboy, Maxim, FHM, Esquire and OYE both as a model and an artist.

With high energy sets of Electro to Funky House, and Progressive to Hard Trance, watching DJ Diamond shine in the booth is an experience in itself. Whether she is playing at the Ministry Of Sound in India to mega clubs in Europe to the festivals in South Africa her music and her high octane level of energy leaves the crowd feeling fueled up and ready to go on and on.
In between touring, Diamond is in the studio working on her original productions. Diamond’s first two releases; “God is a DJ” and “Just a Girl” have been pumping up crowds around the globe. 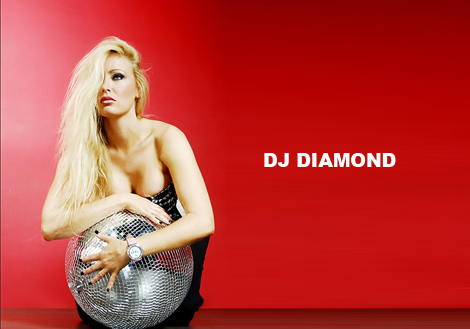