Hailing from Tehran, OtherKind is an exciting DJ with decade of underground experience under his belt. Having mastered the art of playing the Tumbak [ZARB], a percussion instrument specific to Iran, allows him to incorporate a specific style to his DJ sets, playful and solid and at the same time smooth and melodic. Breezing through music genres Otherkind’s focus is on deep house and techno and his journey is uplifting , sensible and epic.

Tehran of 2003 , where OtherKind started his DJ career, was an eclectic city allowing experimentation and expansion. His style has been shaped thorough the years due to the very imprint of the crowds’ music taste in Iran. Exquisite and diverse could describe Otherkind’s style, and the classic hint added to his music is inspiring.

Having graced the decks in some of Turkey’s and Dubai’s underground clubs in 2008 marked another step in OtherKind’s evolution and a subtle shift in his take on music. Meanwhile in Europe and USA, artists such as Cirez D, Stephan Bodzin, Maceo Plex, Kolsch, Andromedha, Guy J were releasing some musical gems which further inspired OtherKind to fine tune, reshape ad reinvent himself , adding style and grace to his sets.

2010 marked Otherkind’s move to Kuala Lumpur (Malaysia)
He has hosted residencies in Vertigo Club , iClub, and playing in Malaysia’s most renowned club Aristo by Zouk and further becoming a resident DJ of Casbah and Sultan Lounge at Mandarin Oriental. Marinis On 57, Nagaba, Elysium have seen OtherKind behind the decks on numerous occasions. His monthly residency at UBradio Bangkok (Thailand ) is ongoing and it is granting the listeners a fabulous music journey through his exhilarating sets.

2016 has seen Otherkind experimenting his skills and adding an oomph to his performances by using Native Instruments. The interesting and smooth addition of Native Instruments turn Otherkind’s sets into a mesmerising trip. From huge festival crowds to club gigs, he manages to transform his audience and to transpond them into a different dimension. Almost spatial, his sounds are ever evolving and this year his ongoing music projects, once competed will surely grant us yet another display of his ever growing talent and proof that his music does connect people. 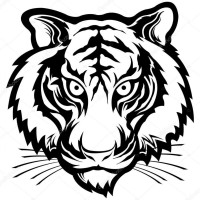