The Riel Deal – From the prolific electronic dance breeding ground that is The Netherlands, with close to overnight speed, in 2008 he landed. In that year alone he was tipped by Tiësto as “the hottest producer around”, by DJ Magazine as “the next big thing to hit trance” and took home Trackitdown.net’s Trance Award for the scene’s ‘Best New Face’. 12 lightning-fast months later he’d qualified all those early markers through a fleet of equatorially hot track releases, club-hypnotizing DJ performances and a ‘next-level’ remix ethic. In 2009 he played over 60 show- stopping sets (which included spinning at an incredible 7 world-class events in just 9 days). It was an achievement which culminated in him making his debut on DJ Magazine’s Top 100 2009 DJs chart.

The Riel-eases – Following several notable ‘early years’ releases (including ‘Fearless’ on Subtraxx and the PVD-championed ‘My Dreams’ on Expedition), Van Riel started to beat a path to the dancefloor. In 2007 he was signed to Dutch super-label Spinnin’ Records; a move which bore immediate fruit through dancefloor bullets like ‘Changing Places’, ‘Sigh’ and ‘What You Want’. With the quality-control locked in place, his production career went supernova as ‘Contrasts’, ‘Minimal Symphony’, ‘One’/’Two’ & ‘Riel People Know’ brought mayhem to dancefloors throughout 2008. In August of that year the track ‘Rush’ was un-caged and marked not only a first release through Tiësto’s Black Hole Records but also Sied’s vital breakthrough record. Thrashed by Armin, Ferry Corsten, PVD and (naturally enough) Tiësto, its nu-skool tech-trance sound surged through the world’s festivals and arenas. The Liquid Recordings released ‘MME’ (which was part of the ‘Dedication EP’) & ‘Mongoosed’, and the Black Hole follow-up ‘Sunrise’ arrived in 2009, provoking similar floor-quaking upheaval.

The Riel Floor-Rocker – Sied cut his DJ teeth early in his career playing at events like Germany’s illustrious Love Parade and Tiësto’s round-the-world ‘ISOS’ Tour. FFWD three years and he is become a essential mainstay of festivals and arena events, which have included the goliath Netherlands Trance Energy, Armin’s country-hopping ASOT400, the 4-gig-long Trance Energy Australia tour, Gatecrasher’s 15th Birthday event, Planet Love and the legendary Crobar in Buenos Aires. Through far-sighted track selection, marksman-like mixing and an intrinsic ability to read crowds he has raced through the ranks of DJs. This rise was brought into the sharpest possible focus when Van Riel entered the DJ Magazine Top 100 Chart in 2009 at No.85.

In Riel Time – In late August of 2009 Sied released his first CD compilation. A double disc outing, ‘In Riel Time Vol.1’ became the ultimate at-home, in-car platform to experience the Van Riel sound. It proved a sales smash on Beatport and was made Album of the Month in Mixmag. The magazine noted that Sied had “rapidly gained in status over the last year” and that the album itself brought with it “one intense peak-time track after another”. In 2011 he brings you “Rielism”. A brand new compilation series on Black Hole Recordings. The first one being released on may 4th.

Sied4Life: In late 2008 Sied became an official Dance4Life Ambassador. Donating tracks to the D4L albums and DJing at fund-raisers for the charity (which works to improves the lives of HIV and AIDS sufferers), he is a proud member of the charity’s team.

The Riel-Mixes – For the last 3 years Sied’s been lending the Riel touch to tracks from the worlds finest trance labels (including Armada, Black Hole, Spinnin’, Flashover and High Contrast). In that time he’s captured the minds of music lovers, re-touching tracks by luminaries like Armin van Buuren & Ferry Corsten and Offer Nissim.

The Rielism Radio Show: Following numerous radio appearances (inc. Ministry of Sound – UK, Sunshine Live Maximal, Germany & Radio 538 in The Netherlands), Sied launched his own radio show, Rielism in 2008. Transmitted every 2nd and 4th Monday of the month on www.ah.fm, it has immediately drawn a loyal and ever growing listener-ship. 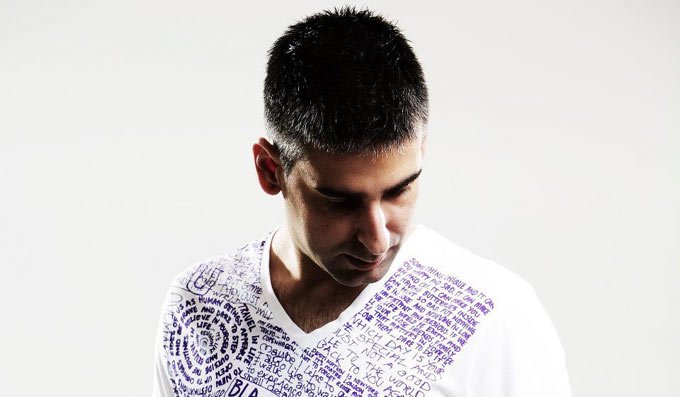