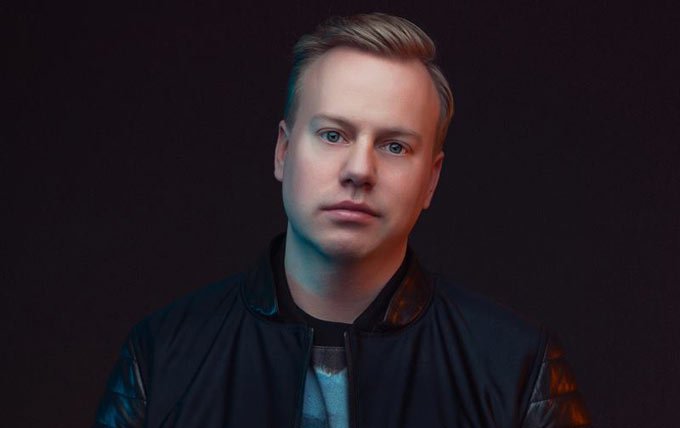 An exclusive interview with electronic music dj/producer Mell Tierra. He is currently featured as the artist of the month on Clubbing9ine.com. Lets find out what he has to say in the interview below.

1) Hey Mell Tierra welcome to Clubbing9ine.com, where in the world are you right now?
Hey! I’m in my studio in the Netherlands right now, finishing some new stuff for my show in Russia next week!

2) 2014 is just around the corner, how is 2013 treating you so far?
2013 was a great year, especially production wise. I’ve had some great success with tracks such as Glazer, Snitch and Chrono. I’ve gotten a whole lot of support from all big names in the industry, and of course my upcoming ‘Boomerang/Recipe/Soldiers EP’ on Hardwell’s label Revealed Recordings later this month, is definitely one of the highlights of 2013!

3) Between deejaying and producing, which one do you enjoy more?
It’s a cliché, but I enjoy both parts of this job equally. I can really enjoy the fact that I can see a reaction from the crowd on a new record by my hand, which I have finished on the same day of the performance. That’s still a feeling I’ll never get used to.

4) What’s the most interesting thing that’s happened at one of your gigs?
I guess signing a pair of breasts right after my gig. Haha, that made me feel very uncomfortable and had me smiling at the same time.

5) Who is your musical inspiration?
I think that’s still Tiësto. As a little kid, I always worked very hard to earn some money to spend in his recordstore called ‘Magik’, located in Breda in Holland. Once in a while he was behind the counter himself, and his stories inspired a whole generation of young DJs including me. What he has accomplished as a DJ hasn’t been accomplished by anyone else before.

6) What’s the best compliment and worst criticism you’ve received so far?
Can best be best and funny at the same time? Earlier this week, somebody commented on a track of mine on YouTube with the sentence: “Drops harder than the Greek economy.” That made me laugh. Worst criticism is the fact that some haters on the internet are claiming that my tracks are being ghost produced by other producers, sigh.. I’ve been working at least 50 hours a week for the last 3 years in my studio. That brought me to the level where I’m at this moment. But luckily all the people in my direct environment (befriended DJs, producers, people from the industry) are aware of all the effort I invested for the last couple of years.

8) Not many people know this, but Mell Tierra is really good at…?
Cooking! Every night when I’m at home, you can find me in my kitchen! I love to cook, especially the Thai cuisine.

9) Tell us about your upcoming release ‘Boomerang/Recipe/Soldiers EP’ on Revealed Recordings?
In the spring of 2013, I sent a track to Hardwell for his label Revealed Recordings called ‘Recipe’. A&R departments are very busy nowadays, and are getting a lot of music by various producers, so sometimes your track slips through and you won’t get a reaction right away. The same thing happened with this track, so after a couple of weeks, I sent him a new one called ‘Boomerang’. After a few days, my phone rang, and it was the label boss Hardwell himself. He told me that he was really impressed by my track ‘Boomerang’, and this made him also check out Recipe I’d sent him. He was very satisfied with the quality and asked me if I was up for a single artist EP on his label. I immediately said: YES! And later on, I got the opportunity to add a 3rd track to the EP, and be the first artist on Revealed ever with a 3-track single artist EP. I still feel blessed by this!

10) Where do you see yourself in 5 years?
Hopefully I’ll be traveling around the globe 24/7. Playing abroad and presenting my music to all different kinds of people has always been my number one goal since my first performance ever, and it still is. At this point, I’ve performed in countries such as Aruba, Russia, Belgium, Czech Republic, Spain, just to name a few, so I got enough countries left to make my debut. Besides traveling, I hope that in 5 years I’m one of the key-producers in the scene.

11) Any project collaboration with other producer/DJs?
At the moment, I’m working on a track with my good friend Eller van Buuren. It’s a bit uncommon, because he is a guitarist, but that makes collaborations with him so special. We did a track before called ‘This Saturday Night’, and this is the second tune we are producing together. And for 2014, I have scheduled appointments with Yves V, Lush and Simon, and some other promising producers! To be continued.

12) While we are on this subject, what new name artists do you tip for big things next year?
If you ask me, I think Dutch producer Loopers is going to surprise a whole lot of people. This guy is brilliant in the studio, and might be the next big thing. Furthermore, I think 2014 will be a great year for Thomas Newson and Billy The Kit, who both work there asses of in the studio at this moment. Keep an eye on those guys!