Home » Movies » Who Are Rey’s Parents in Star Wars

After watching Star Wars: The Force Awakens, many thoughts are lingering in my mind throughout the movie about the complicated relationship between the Star Wars characters. With new Star Wars characters like Rey, Finn, Captain Phasma and Kylo Ren being introduced, the next Star Wars Episode VIII & will be pretty twisted. I just walked out of the cinema and wondering who is Rey and who are her parents?! and I guess it happened to everyone who has watched the Force Awakens, teehee. We don’t even know her last name.

So this statement from the Star Wars director, J.J Abrams totally make sense, “I will only say about that that it is completely intentional that their last names aren’t public record.”

Who is Rey?
Rey is a scavenger in Jakku, a desert planet. She learned new things really fast, from flying a Millenium Falcon to lightsaber fights. She is also main character in Star Wars The Force Awakens. With so many questions rising about Rey, she was also the most favorite new Star Wars character everyone discussing about.

There’s might be possibility Rey is Luke Skywalker’s daughter. At first, she had the disturbing vision during her hideout at Maz Kanata, which lead her to a box with Luke’s lightsaber inside. There might be a reason here. She does have the Force in her. And as you see, she started to have the ability to use mind control on the Stormtrooper and denied Kylo Ren’s from mind-reading her. She also had a lightsaber battle with Kylo in the forest and yet the Force is strong in her, she did hurt him.

The story is going to be very interesting if Rey is Luke Skywalker daughter. The question will arise, who is her mother then? Would she be the daughter of mysterious woman named Mara Jade, Luke Skywalker’s wife? Then her name would be Rey Skywalker? Not sure for now and if not mistaken all shall be reveals in the next 2 Star Wars episode VII & IX, finger crossed!

The whole point is, it might be her destiny to find her father Luke and handling him the lightsaber (the same one that belong to Luke’s father, Anakin Skywalker) at the end of The Force Awakens.

Second possibility, Han Solo and General Leia is Rey’s parents. Let say if Rey is Leia’s daughter, Rey and Kylo will be sibling or cousins (if she’s a Skywalker). The identity of Kylo Ren as Ben was revealed in Star Wars The Force Awakens during the confrontation between Han Solo & Kylo. He killed Han with his crossed lightsaber. Now the ending fighting scene between Rey & Kylo does make sense as they are separated by a fissure, similar to separated siblings? Well, that’s just my thoughts.

By looking at this Star Wars family tree, it might ease your guessing a little but without Rey. 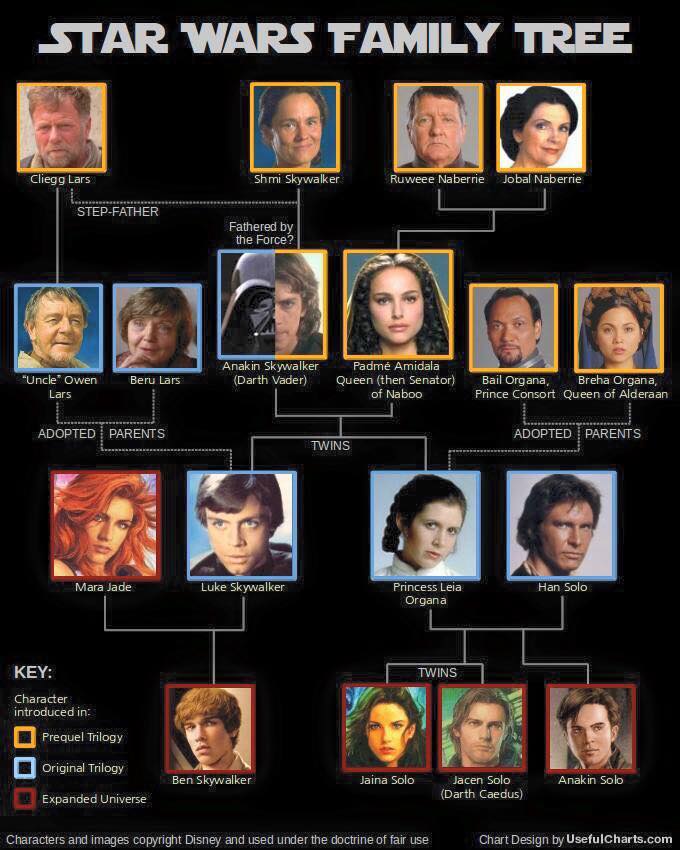 Maybe Rey isn’t Luke or Leia’s daughter. The story will expands to many possibility. We all don’t know it yet until we watch Star Wars Episode VIII, which already scheduled for release on May 26, 2017 and Episode IX in 2019. 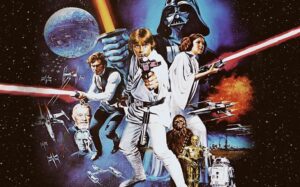 Who Is Your Star Wars Character? The Personality Chart Explained