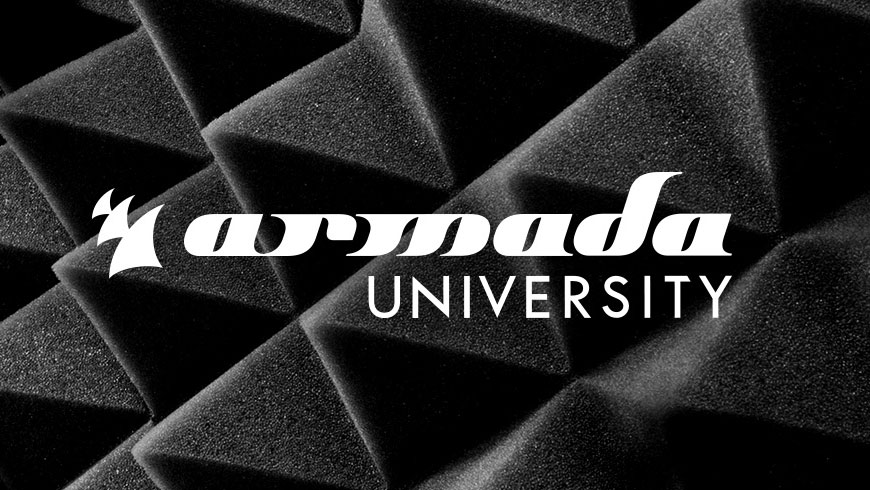 In a scene where budding producers have to trump tens of thousands of peers in order to stand out and rise to international stardom, future stars need all the help they can get. To give them a hand and have them gain knowledge from some of the most accomplished dance music acts in the world, Amsterdam-based record label Armada Music teamed up with FaderPro to launch ‘Armada University’, a brand-new platform that offers various masterclasses designed to push the sound of today’s talents to the next level.

Starting with courses from Canadian Grammy nominees Sultan + Shepard, American House guru Harry Romero and Dutch underground sensations ANOTR, ‘Armada University’ sees Armada Music push their artist development agenda, which saw the label adopt a new website-based demo submission system and makes waves with their internationally acclaimed Talent Experience events. Ever eager to give talent a chance as well as the means to realize their full potential, Armada Music believes ‘Armada University’ to be a great step in the right direction of not letting such sheer amounts of musical talent go to waste.

FaderPro, Armada Music’s partner for ‘Armada University’, has already been one of the leading platforms for online music production courses for years. Founded by DJ/producer Steven Lee (Lee Cabrera, Just Us) and multiplatinum producer Vincent di Pasquale, FaderPro has produced in-studio video courses/tutorials with some of the biggest names in the industry, including Roger Sanchez, UMEK, Tritonal, Thomas Gold, Shadow Child and a whole lot more. Taking the best from FaderPro’s proven concept and Armada Music’s 15-year-long dance music expertise, ‘Armada University’ is sure to bring out the best in the next generation of dance music superstars.