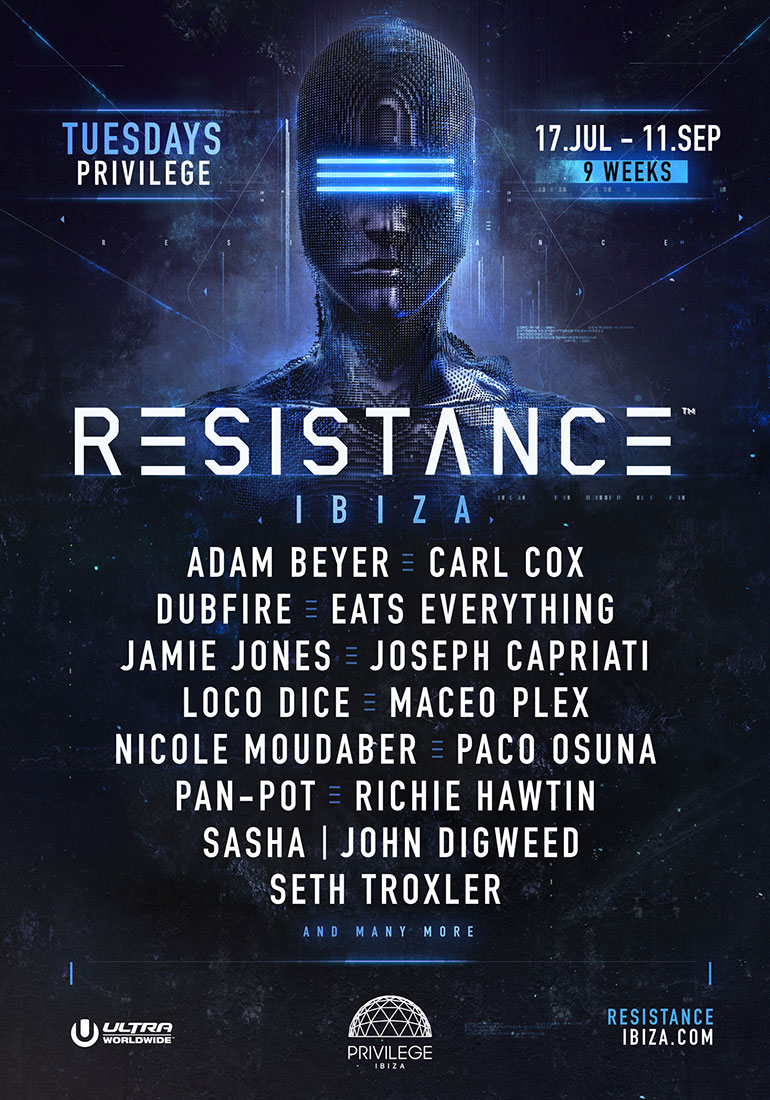 The second annual edition of RESISTANCE Ibiza has announced the headliners for its nine-week, a blockbuster residency at the biggest club in the world – Privilege – this summer. After the announcement of Resistance 2018 dates, Resistance Ibiza today announces headliners, promises the biggest production on the island in 2018.

Speaking about the residency, Carl Cox said “I am looking forward to coming back to Ibiza and playing for Resistance at Privilege for their second season. When I played there last, it felt like a brand-new club. The Funktion-One sound system and the lighting on this night makes it feel like no other club – it was truly amazing. I cannot wait to party and make history once again on the White Isle.”

RESISTANCE Ibiza’s ‘wildly impressive debut’ [Pulse Radio] was felt around the world in 2017, as critics lauded the ‘truly immersive experience’ [Deep House Amsterdam] for the festival-esque ‘mind-boggling custom production and phenomenal sound’ [Ibiza Spotlight] brought to the gargantuan venue. Returning this year every Tuesday for a full 9 weeks from 17 July – 11 September, the concept is bound to make even bigger waves this season.