Have you ever been to a bar or pub with your friends and felt you needed to have more fun other than the activities to do at night? Wouldn’t it be nice if the place has bar games to add to the entertainment rather than go clubbing in Kuala Lumpur and showing off dance moves? Wanting to have party games while out in a bar doesn’t necessarily mean you are bored with the company you have, but rather these games actually add to the experience.

Drinking games would be more fun if played with friends or colleagues after a hectic day.

if you’re in Kuala Lumpur for business or leisure, you can entertain clients or friends and family by playing party games. You can ask the servers for bar games, like pool, dice, card games, etc. 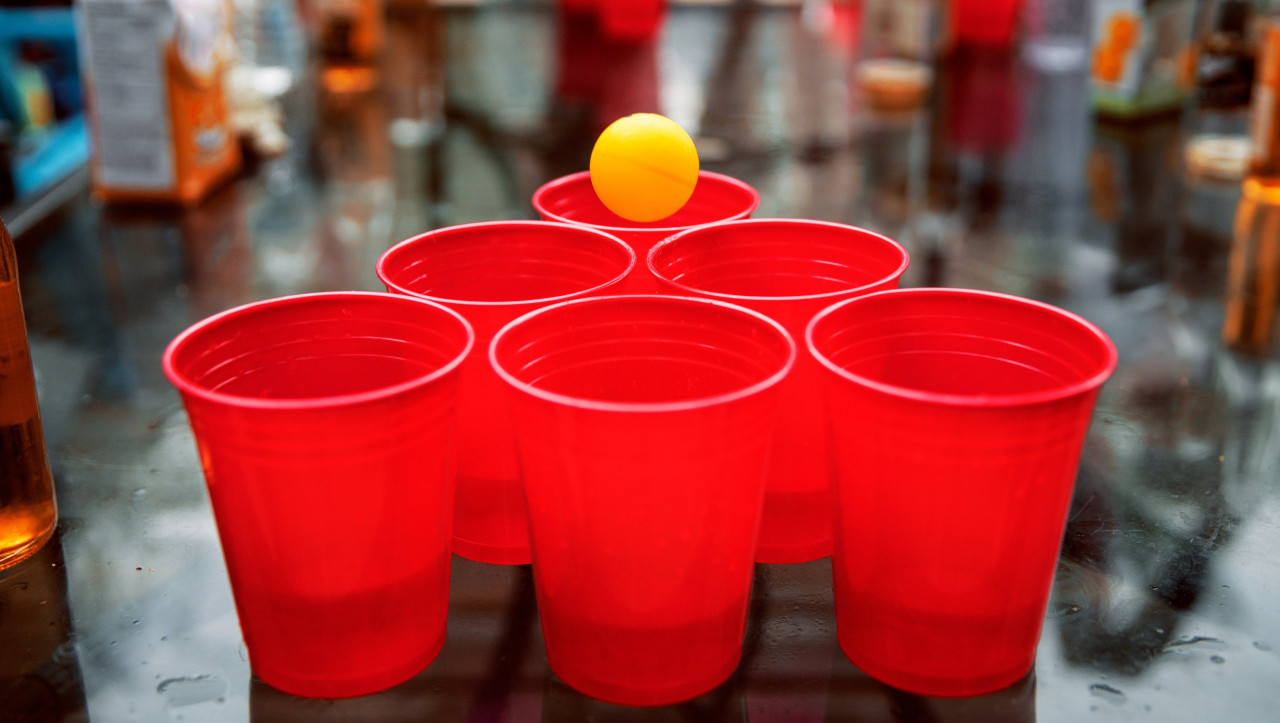 This is played by teams of two wherein every team will take turns throwing a Ping-Pong ball into the other team’s cups. When a ball successfully lands into the opponent’s cup, it is taken away and the losing team will have to drink its contents. If both of the team members hit cups, the Ping-Pong balls they have the chance to shoot again.

The team that is able to hit all of the other team’s cups will be declared as winners.

The pool is a kind of cue sports that are played on a table that has six pockets along the rails, wherein balls will be deposited. Every specific pool game has its own distinct name. some of the most popular pools include the blackball, seven-ball, eight-ball, nine-ball, ten-ball, one-pocket, bank pool, and straight pool.

The most commonly played is eight-ball. This is played using a full rack of 15 balls and one cue ball. The goal is to claim a suit, put them all in the pocket, and then legally pocket the 8 ball. Of course, you have to prevent your opponent to do the same with their own suit. It is also important not to pocket the 8 ball ahead of all the other balls by accident.

You’ll see pubs have a pool table where patrons can play while enjoying drinks with friends.

This is a sport where a “dartboard” (circular target) is fixed to a wall and you throw “small missiles” (darts) to score points. A standard dartboard has 20 number sections and the scoring is from 1 to 20 points. There are many different dart games that can be played with the dartboard. This is also common in pubs.

Players take turns to throw three darts per turn. The person in play should be standing, feet should not be extended past a designated mark, then aim at the board. This is usually a game between two players who take turns throwing darts.

The most common goal of the game is to reduce a fixed score, which is commonly at 301 or 501 to 0 (zero) or “checking out”. A player’s final dart should land either on the bullseye (center circle) or a double segment to be declared the winner.

In the present day, the classic dart game is replaced with the electronic dart machine, which gives the player’s a more exciting dart-throwing experience and fun too.

This is a kind of dice game with two or more players with the main goal of deceiving and detecting an opponent’s deception. There are two ways to play the Liar’s Dice game.

Single Hand Liar’s Game is played in multiple rounds. For the first round, the first player is determined either by mutual agreement or by each player rolling 2 dice and the highest scorer will be the first player. The play will then proceed clockwise around the table. At the beginning of each round, all the players will roll their dice at the same time. Every player will look at their own dice while keeping it hidden from the others.

The first player gives a bid which consists of a face and a quantity (represents the player’s guest on how many of each face were rolled by all of the players, including themselves, like a player’s bid could be “3 5’s”.

Each of the subsequent players can make a higher bid of the same face or they can challenge a player’s previous bid. If a player chooses to challenge the previous bid, all the players should reveal their dice. If the bid is a match or it was exceeded, the bidder will be declared winner, otherwise, the challenger will is the winner. If the bidder loses, they will have to remove one of their dice from the game by putting it in front of the dice cup.

You win if you are the last player to have any dice remaining.

The player who lost from the previous round will be the one to begin the next round.

This version uses several chips, counter, and tokens for each player. You win if you are the last player to have any counter remaining.

There are game bars that have different kinds of card games in addition to pool tables and darts. A card game is any game that uses playing cards. There are many different card games and probably the most popular is poker.

But one of the most common drinking games is called the drinking card game. The object of the game is to either drink or force other players to drink. In some game bars, poker is played wherein a wager is a certain number of drinks.

These games are popular among Malaysians, and you don’t need any game equipment. But of course, you’re not going to tie your friends up just like the picture! All you need is an object placed at the center of the table. This ‘truth or dare’ is best played with a minimum of 4 players.

A player will spin the object, usually, a bottle or pen will do. If the tip of the object stopped and pointed on the player, he or she must answer the truth or dare question or instruction asked by the previous winner.

If you are in Kuala Lumpur and you want to have a different kind of nightlife experience playing various party games, here are some of the best game bars you can bring your friends or clients.