Looks like Megan Fox is forgiven by Micheal Bay after the producer dumped her off the Transformers series after she publicly dissed him. They will be back in action in the re-make of Teenage Mutant Ninja Turtles movie.

“Paramount marketing changed the name. They made the title simple. The characters you all remember are exactly the same, and yes they still act like teenagers. Everything you remember, why you liked the characters, is in the movie. This script is being developed by two very smart writers, with one of the original creators of Ninja Turtles. They care VERY MUCH about making this film for the fans. Everyone on this team cares about the fans. Just give them a chance. Jonathan the director, is a major fan of the whole franchise. HE’S NOT GOING TO LET YOU DOWN.” – Micheal.

To be directed by Jonathan Liebesman, Ninja Turtles features a screenplay by Josh Appelbaum, Andrew Nemec, Art Marcum, Matt Holloway and John Fusco, based on the characters created by Peter Laird and Kevin Eastman. It is scheduled for release on May 14, 2014.

So let’s get ready for live-action film focusing on the origins of the iconic crime fighters – the sewer-dwelling heroes Leonardo, Michelangelo, Donatello and Raphael as well as their master Splinter.

Megan Fox Shows Off Her Curves in Esquire Magazine
January 20, 2013 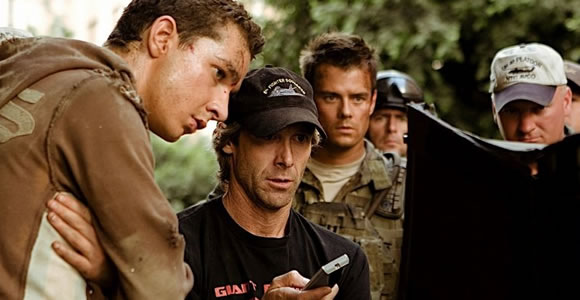