Play Addictive Games on Google Plus

Google Plus Games has finally arrived on the all-new social network Google+, which made an awesome start for over 25 million Google+ users. Google+ Games is currently featured with 16 new games available which include Angry Birds, Zombie Lane, Diamond Dash, Crime City, Zynga Poker and many more. You can check out the complete list of the Games in Google+. Find some real addictive games in Google+ Games, that you’ll never find it in Facebook. 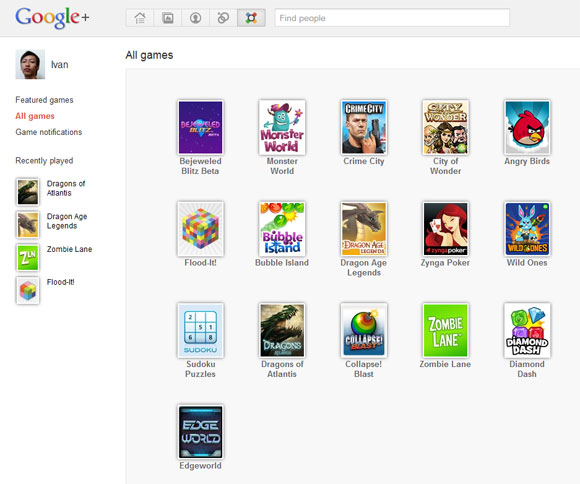 According to Google Blog, they are currently looking for developer that interested in building games for Google+, you can get more details on Google+ developer blog. Currently, Google+ have collaborated along with publishers including Zynga, Wooga etc. So, in future, expect more game publishers to join and more selection of Google+ games for you.