The war for motion control supremacy is heating up this week as the PlayStation Move hits store shelves, taking on the Wii and establishing a two month lead over Microsoft’s Kinect. We’ve put the Move to the test and found it to be one of the most promising motion control solutions of the three systems, primarily due to its combination of several powerful motion tracking technologies.

What does the Move under the hood? How does it all come together to create a true 1:1 motion experience? We take a closer look. 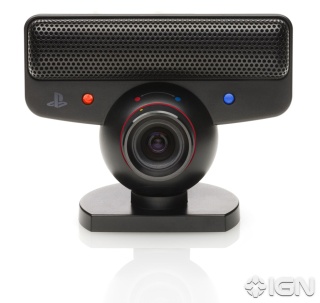 The Camera
An integral component to the entire PlayStation Move system is the PlayStation Eye. It, combined with the LED indicator tracking that we’ll discuss later, allows the PlayStation 3 to measure 3D space, detect and react to a player’s environment, and create immersive augmented reality applications. The camera features a wide angle lens that can be set to two fields of vision, close-up and wide view modes to accommodate settings that are both wide and expansive, and narrow and small. In close-up mode, the camera is capable of capturing a 56-degree viewing angle, while the wide mode can capture a 75-degree angle.

The video stream from the Eye, depending on the application, is captured at 640×480 resolution with a 60Hz refresh rate or at 320×240 resolution with a higher 120Hz refresh rate. By reducing the resolution, the Eye boosts the refresh rate, which captures high motion more accurately and fluidly by doubling the number of frames-per-second. The PlayStation Eye also features a noise-canceling multi-array microphone for voice recognition, which, in theory, could detect a person’s location in 3D space, but it isn’t currently being used in any applications.

The Eye is capable of using edge detection, facial recognition, and basic motion tracking to map a room, which prior to the advent of the Move was used in earlier games, but support was limited. But the controllers, namely the illuminated orbs on the ends, are the real driving force behind the Move.

The Glowing Orbs
When you look at the PlayStation Move controller, you can’t help but think it looks a little silly due to the glowing orbs on the top, but as it turns out, these are vital to the system’s ability to track the controllers in 3D space. While the Wiimote relies on infrared and other inertial sensors to measure depth, the Move uses LED tracking and edge detection to determine the controller’s distance from the screen.

By measuring the size of the orb in relation to the incoming video feed allows the system to calculate the precise distance of the controller from the camera. The varying colors of the orbs help the PlayStation Eye differentiate the controllers from other objects in the environment and from one another in a multi-controller setup. While determining distance is the primary purpose for the orb design, the orbs also assist in pointer detection.

On-Board Inertial Sensors
The PlayStation Move also uses an array of inertial sensors which determine the tilt, rotation, velocity, and orientation of the controller. The Move controller contains three primary motion sensors – a three axis accelerometer, a magnetometer, and angular rate sensor. While the specific implementation of these sensors has not been confirmed by Sony, each has its own inherent purpose.

The three axis accelerometer is used to detect the tilt, as well as the upward and orientation of the controller. Traditionally, magnetometers are used in smartphones and GPS devices to determine direction using the Earth’s magnetic field; presumably the Move uses its built-in magnetometer in a similar fashion, and assists the system in establishing the directional orientation of the controller. The angular rate sensor determines the velocity of the Move controller’s motion, allowing the system to accurately detect how hard or fast a player swings the device.

Bluetooth
The core framework of the PlayStation 3’s wireless connectivity is based upon Bluetooth, so unsurprisingly, the PlayStation Move controller, along with the navigation controller use Bluetooth to send the motion tracking and input data to the system. 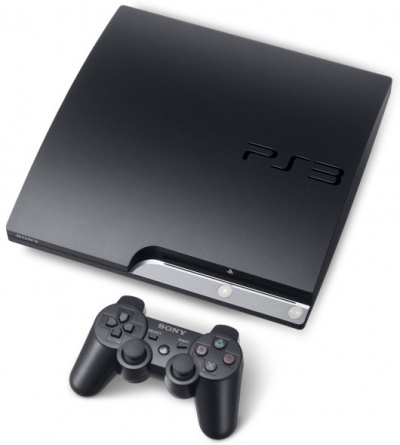