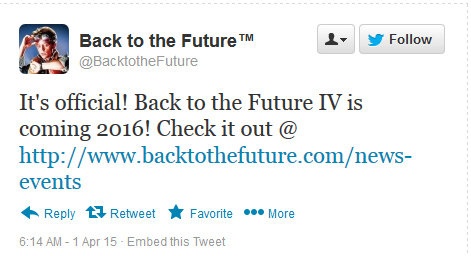 In Back To The Future 4th film, the story will focus on Doc Brown’s sons Jules and Verne, take place after the original trilogy.

Jules and Verne characters expected to be played by Chris Pine as Jules and Ryan Gosling as Verne. We should be expecting an official announcement from Universal very soon.

Now the questions, will Doc Brown use the same time travel machine DeLorean DMC-12 or will be replace with new car? Hope not because that’s what make the film unique after all, right? And also we might see new hover board perhaps?

Back To The FutureThe DeloreanUniversal Pictures