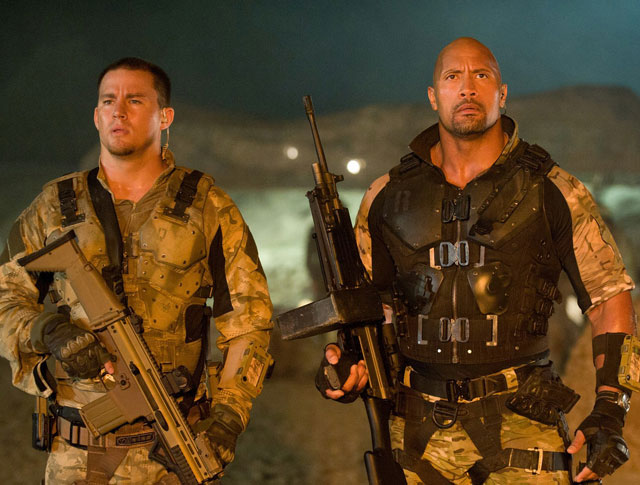 G.I Joe : Retaliation is an upcoming 2013 science fiction action film directed by Jon M. Chu. The film will hit theaters on 27 March 2013 in 3D taking you into a whole new level and experience a closer non-stop action.

Sypnosis : The G.I. Joes are not only fighting their mortal enemy Cobra; they are forced to contend with threats from within the government that jeopardize their very existence.

“There is only one person I can think of in the entire world who could ever embody this character and Dwayne Johnson was that guy,” says director Chu. “Beyond the obvious fact of his physicality, Dwayne understands what it means to be a soldier and a leader. He brought an honor and grounded humanity to the role.”

Just can’t wait to see the mysterious ninja Snake Eyes again in the cool black suit. He fights with his rival Storm Shadow in the first G.I Joe : The Rise of Cobra. Wondering will they meet again face to face in Retaliation? Make sure you book your tickets early to watch G.I Joe.