Legend of the Guardians : The Owls of Ga’hoole HD Movie Trailer 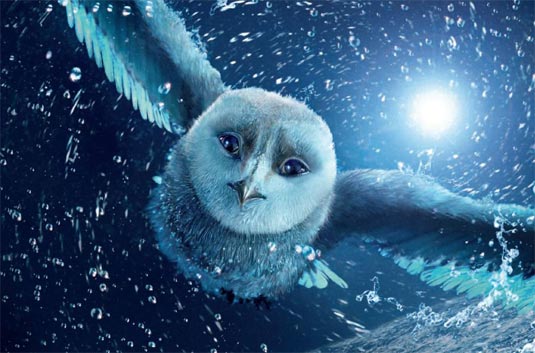 Legend of the Guardians is based on the first three books of Kathryn Lasky’s series, Guardians of Ga’Hoole. It follows Soren, a young owl enthralled by his father’s epic stories of the Guardians of Ga’Hoole, a band of warriors who had fought a great battle to save all of owlkind from the evil Pure Ones. When Soren and his owlet siblings fall out of their treetop nest, it’s up to him to make a daring escape with the other brave young owls. Together they soar across the sea and through the mist to find the Great Tree, home of the legendary Guardians of Ga’Hoole, who are Soren’s only hope of defeating the Pure Ones and saving the owl kingdoms.

Synopsis: Based on the first three Guardians of Ga’Hoole book series by Kathryn Lasky, it tells of Soren (Jim Sturgess), a young barn owl who is kidnapped by owls of St. Aggie’s, ostensibly an orphanage where owlets are brainwashed into becoming soldiers. He and new friends escape to the island of Ga’Hoole, to assist its noble, wise owls who fight the army being created by the wicked rulers of St. Aggie’s.