The Return of Luke Skywalker in New STAR WARS Trilogy 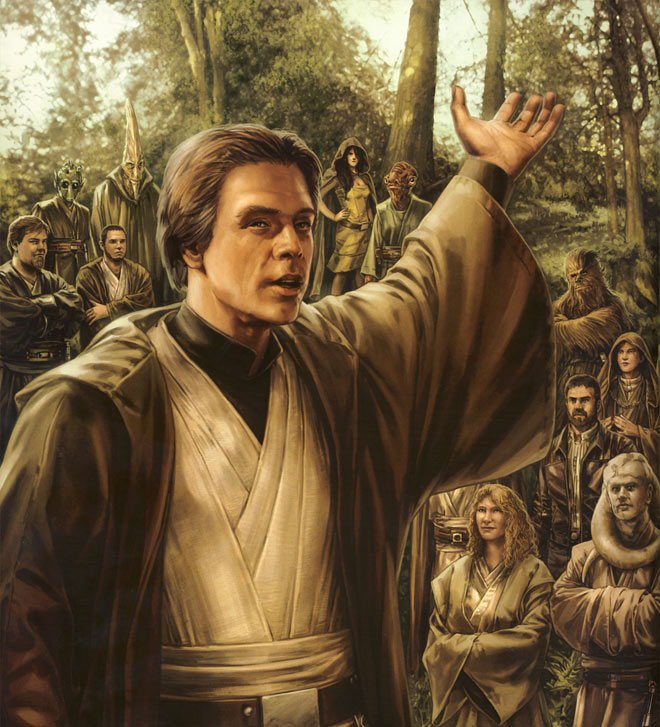 Good new to all Star Wars fans! We must be very surprised with the topic, so did i but you will definitely see Luke Skywalker back in new Star Wars trilogy – Episode 7, 8 and 9 in theaters. According to MarketSaw reporting some details of the films, Luke Skywalker will the primary focus of these movies.

“Disney now has the power to make STAR WARS films, and everything else in the Lucasfilm archives. The movies I told you about are indeed the primary focus. Luke Skywalker is a primary focus, as are many of the original trilogy cast. Disney also realised that George Lucas and STAR WARS are one and the same, so George will certainly have a voice on any angle taken, in fact I believe it’s one of many stipulations. However he will no longer have creative control, and as I said before George was already looking at other creative talents to bring his canon to life back before Disney and Lucasfilm really started negotiating (or at least to the best of my knowledge)…”

“There are two trilogies planned, all following an original overview by Lucas, which was always planned as a multi generational saga. Movies 10 – 12 are from my understanding about the offspring of the Skywalkers, set many years later with the surviving cast playing much older versions of themselves and featuring a female protagonist named Skywalker. This is something that I understand is being discussed as the latest trilogy may end up being an amalgamation of the two using themes and ideas from both, but still keeping the general story, also allowing for continuity of cast.”

Holy cow! Just can’t believe it! New Star Wars, original casts, and the return of Luke Skywalker. Definitely to watch for especially the special effects and also possibly in 3D! Must be cool, don’t you think? 🙂