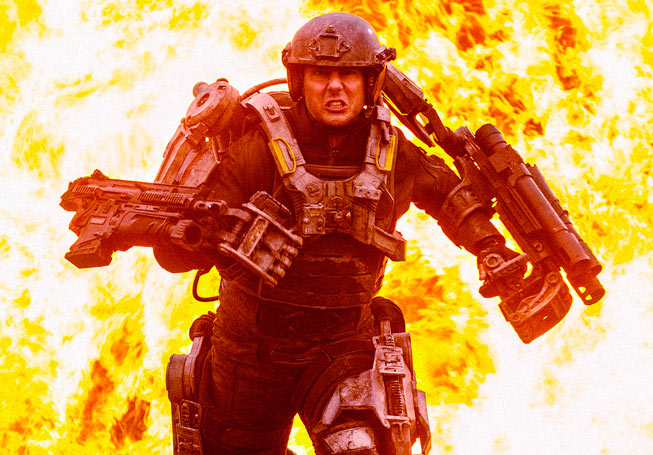 That’s the intriguing premise behind All You Need Is Kill, the Cruiser’s upcoming sci-fi spectacular, currently shooting at Warner Bros’ Leavesden Studios.

Adapted from Hiroshi Sakurazaka’s graphic novel and directed by Doug Liman (The Bourne Identity), it sees Cruise plays Lt. Colonel Bill Cage – a soldier caught in a time loop on the last day of kamikaze battle against alien invaders known as Mimics, and repeatedly forced to relive his death. Silver lining? As the days repeat themselves, Cage learns to become tougher, smarter and deadlier in his battle to save the earth.

Imagine Source Code crossed with Groundhog Day. With aliens. And Tom Cruise running around in a huge mechanical war suit… 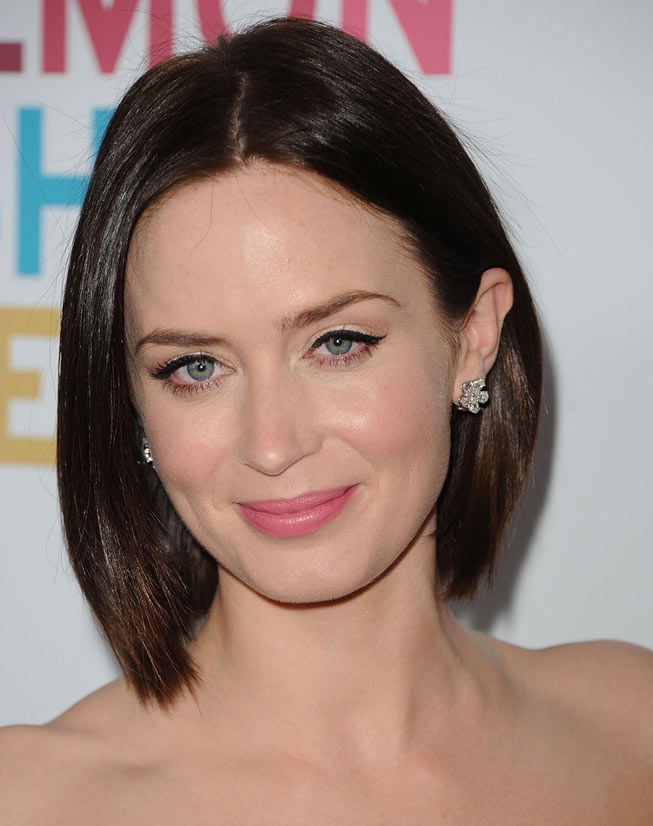 Locking and loading alongside Cruise is Emily Blunt as special forces operative Rita Vrataski – a kick-ass warrior who’s laid waste to more Minics than anyone else. “It’s the most intense thing i’ve ever done,” says the Looper star. “I’ve been training like a lunatic for it. It’s been martial arts, fight skills, stunt training, wirework, weight lifting. I’m definitely butching out on this one.”

All You Need Is Kill opens in cinema next year.

All You Need Is KillTom Cruise