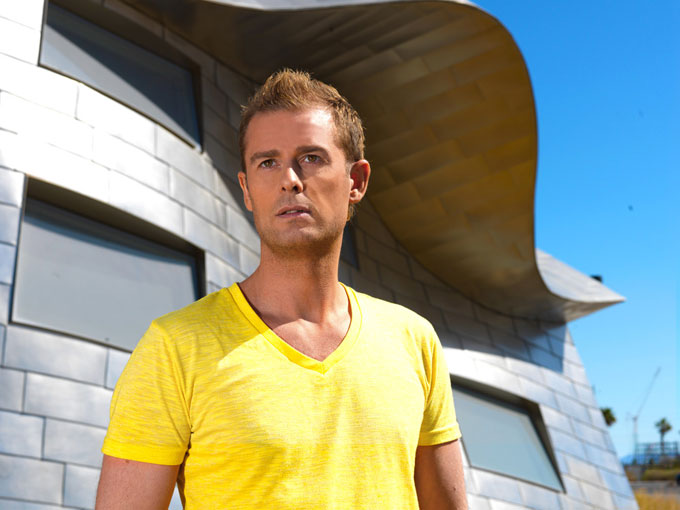 Richard, this is your fourth In Search of Sunrise mix. How comfortable do you feel with helming the series, compared possibly to your first?
RD: Well I have to say that the first one was a more uncertain experience. You look for a balance between what you stand for and what the ISOS name stands for. I didn’t know how the audience would react, but I have to say that they surprised me, and in the best possible way. So now at the start of each year, it’s one of the things I look forward to most.

This is your first city (as opposed to country) specific ISOS. Tell us why you settled on Las Vegas?
RD: In the past a city has been used (Los Angeles) so it seemed fun to choose Las Vegas. Vegas came to mind straight away because I think its one of the leading cities in the world of EDM. Its full of energy with parties every day and clubs where the biggest names in the world are performing. Its very inspirational to be there and, crucially, it also has an exceptionally beautiful sunrise!

Do you see the electronic music scene in the United States getting much bigger or do you think it’s reaching (or has reached) its peak?
RD: No, I don’t think the peak has been reached yet. It’s still growing quickly, especially around the house scene. The money involved is really huge, and you can see that a lot of pop/R&B artists are making side steps into EDM because the public really likes it. I think that the market share is even bigger than country music and for America that’s is saying a lot!

How many gigs a year do you play in the US in general?
RD: If you include Canada in that I am there on average one weekend every month.

In your experience does what happens in Vegas really ever stay in Vegas!?
RD: I think there a lot of talk and not much else. No, that’s actually not quite fair. Let’s say there’s considerably more talk than there is action, but I think Vegas brings that out in people. Of course you can party like no other and misbehave in Las Vegas, but you can do anywhere, right!? It’s a great famous saying but I think it could be equally applied to Amsterdam and two or three dozen other spots around the world just as easily!

How does the music mix and style vary from your previous In Search of Sunrises?
RD: It all depends on what you get offered at that time that the selection takes place. One year you get a heavier set of tracks and other years it’s more vocal orientated or melodic, etc. The variation and differences are in that music in general keeps changing.

With so much sound-clashing of styles these days, many say the sub-genre of a track is ever harder to classify. Would you agree?
RD: It is definitely very hard to say which style or name you can definitively give to a track. What’s progressive for some people is just house to another. So I think it all comes down to the individual. My meaning is that the ISOS series usually begins with progressive house and trance (in the classic meanings of the terms) and later leans into the heavier trance side. Personally real heavy house is fine for me to play every now and then, but not suitable for the CD.

Give us some insight into the process that each compilation goes through, in terms of its compiling and mixing?
RD: It takes months and months… We start talking to producers that we feel may have promising ISOS material in the works 4 months before the release. They send in their tracks and demoes, of which we get around 800 every year… Then I work this down and down to a shortlist of 100 tracks. Then we start testing tracks out in the mix, seeing how they’ll flow into each other and how they might develop and add to the overall feel of each mix. At the end I have the final shortlist and work begins a proper on the final mixes. It’s a very involved process!

‘Las Vegas’ is the first ISOS compilation that has seen two DJs sharing the mixing duties. How did that change-up come about?
RD: After 10 years of In Search Of Sunrise the record company (Black Hole Recordings) and myself sat down to discuss bringing new angles and ideas to the series. I suggested a ‘guest mixer disc’ and so we decided, going forward that for every new edition to invite one in.

And whose call was it to have Hungary’s Myon & Shane 54 mix the third disc?
RD:  It was my idea, I think these guys are very talented in producing and performing, and you can really have a good laugh with them. They are great guys, and they also liked the idea.

As this is the 11th edition, In Search of Sunrise is now into its ‘teens’. Are you keen to keep making new changes and adjustments to the formula or are you happy with it now?
RD: I am always open to new ideas, just like music is always changing you have to look at the concept and see if it needs to be changed. I am very happy with the result at the moment, so I don’t foresee anything that needs to be changed up just yet!

in search of sunrise 11Richard Durand