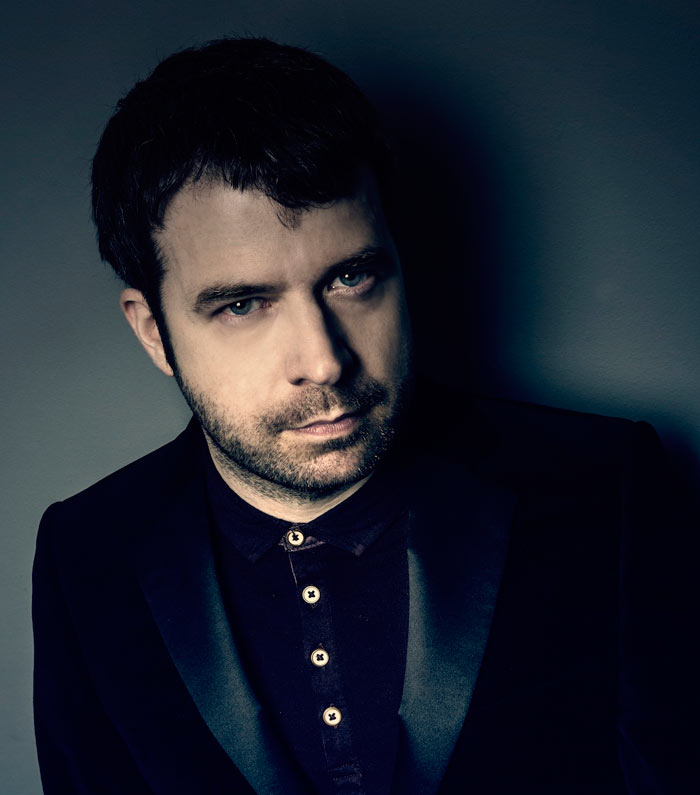 Lange Announces “We Are Lucky People” Full Length Album to be Released Fall 2013 – Renowned UK producer and record label owner Lange will be unveiling new tracks from his upcoming album “We Are Lucky People” over the next several months leading up to its fall release. His third studio album, Lange set the tone with the effervescent lead single, “Our Brief Time In The Sun,” which was unleashed in early April and stayed in the Beatport Trance Top10 for three weeks. The follow up single “Risk Worth Taking,” a collaboration with Dutch trance vocalist Susana, was released on May 13th.

Sure to be a shining example of forward-thinking trance music, “We Are Lucky People” proves that the genre is more alive than ever. Taking an interactive approach to releasing this album, fans will be able to follow Lange through a video series as he reports on his progress in the studio, reveals snippets of unheard tracks and tours around the world.

1. When you were younger, were you a clubber? Where did you used to frequent and how did that make an impression on your career?
Actually I wasn’t really a full-on regular clubber, that’s not how I got into the scene. I initially discovered early dance music through radio, (much of the good stuff being on pirate stations!) and then the rave scene took off while I was at University in Manchester. That’s when I started producing music and the course I was studying was one of the first ‘Sound Engineering’ course in the UK! To be honest, it wasn’t great, there was little studio time and a lot of studying electronics which didn’t interest me. But I learned a lot about the gear I needed to produce in those two years and by the end of it I had a very humble home studio setup (and a big overdraft).

2. When will you be back in Malaysia? What do you think of our clubs here?
I’m excited to be returning to KL in October for the Sundown Festival! I’ve always enjoyed playing in KL and it’s great to be doing the Moto GP party again – I did the official party back in 2010 and got the chance to watch the race from the VIP room. I’m looking to get a late flight out on the Sunday so I can hopefully take in the race again. The noise is epic!

3. Will your next single feature vocals? Can you give us a hint about it?
No it’s non-vocal this time. I’ve enjoyed producing instrumentals recently such as ‘Our Brief Time In The Sun’, ‘Destination Anywhere’ & ‘Hold That Sucker Down’…this next single takes things into a different direction again. It’s called “A Different Shade of Crazy’. It’s quite difficult to describe it, It’s got a trancey ethereal drop, but there’s some techno & house elements in there too and overall it’s a pretty cheeky fun track. I like to mix it up!

4. Can you give us a description of your studio? What’s your favorite part about it?
My studio is based around an iMac running Cubase. I’ve been totally software based for many years now but still have a few hardware synths dotted around the room such as the (rarely used but kind of sexy looking) Roland JD800, and Access Virus. I also have my CDJs in there as well as a sofa for kicking back, and after playing a super rare vinyl set a few weeks ago to celebrate 15 years in the scene, I’ve reinstalled the 1210 decks for the fun of it. Right now my favourite part of the studio is a framed ‘We Are Lucky people’ album poster on the wall, signed ‘1 of 1’ by its designer, my wife! I’m looking forward to revealing the artwork later in the year!

5. What’s your #1 pet peeve when you are in-the booth DJing?
Bright lights! Don’t mind the spotlights on now and then but glaring lights on through a whole set can be irritating (and it feels like they’re slowly cooking you!)

6. What’s on your ipod playlist right now?
Not a lot at the moment for pleasure-only purposes – not had much time! I’m constantly listening to music, be it promos for my events and radio show, demos for my label, or me in the studio – and have to confess when I get the odd moment to myself in the car I’m taking a break. Silence can be golden!