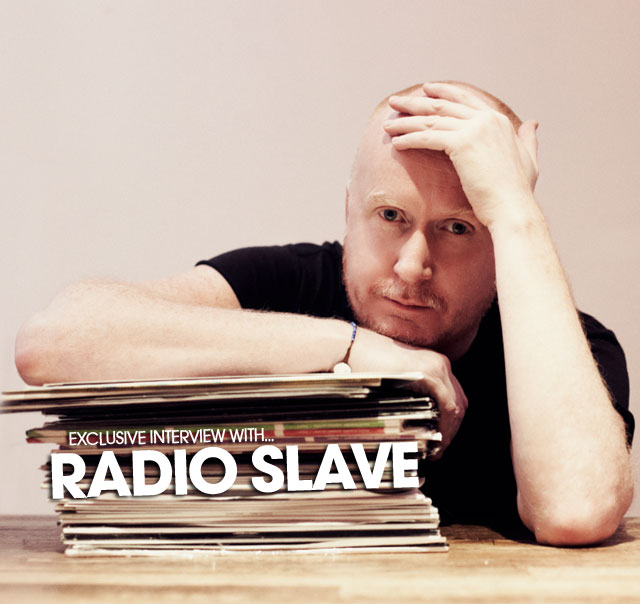 Hailing all the way from United Kingdom, dj/producer Radio Slave aka Matt Edwards will be bringing in the official Balance Album Tour 2013 at Vertigo Kuala Lumpur this May 10. Do check out the fun part in this interview. Now, lets find out what all Matt has to say in this exclusive interview only on Clubbing9ine.com.

1. Tell us more about how you get started as a DJ/producer.
I’ve always really into music from an early age and so by the time I’d reached my late teens and started going to clubs I quickly got into DJ’ing.

This was around 1991 and I got my first break playing for Pete Tong and David Dorrell’s night at the Milk Bar in London’s soho. From there I had a very hazy 90’s from free parties to being resident at the Ministry of Sounds “Open all Hours” night. Then in 1998 I moved to Brighton to get more into producing and in 2001 the “Radio Slave” name was born.

2. How did you end up with the stage name ‘Radio Slave’?
The name was made up on the spot as at the time Pete Tong had just played my edit of Kylie Minogue’s “Can’t get you out of my Head”, and a name was needed for the remix so I thought as I was a slave to music “Radio Slave” sounded perfect.

3. Matt, you’re the co-founder for record label Rekids, lets elaborate a little more to our readers about your label?
Rekids is a label I run with James Masters. It was founded in 2006 and we release underground dance music from artists such as Nina Kraviz, Mr.G, Spencer Parker and of course myself. We’ve now released over 70 singles and also have label residency parties at the “Panorama Bar” in Berlin and”The Rex” in Paris.

4. Any upcoming big projects or collaboration?
I’m half way through making an LP with my good friend Thomas Gandey “Cagedbaby” which is very experimental and based around our live shows and I’m also planning to start work on some new “rekid” material.  My”rekid’ album was released back in 2005 on Soul Jazz so it’s been nearly 8 years since I’ve gone back to this project. I also have some new Radio Slave tracks which you might hear if you come down and hear me play.

5. You will be releasing your upcoming ‘Balance’ album series and going for world tour! What’s the good stuff you want to share with our readers about it?
Well firstly it was an honour to be asked to be a part of the Balance series and it was exactly what I was looking for at the end of 2012. I love so many types of electronic music and Balance gave me the freedom to really express myself over the two mixes. So I really spent a long time digging through my collection to find a selection of tracks that have have not only influenced me but also stood the test of time. So many commercial mixes I guess are just snapshots of that period, like my Fabric CD a few years ago which was essentially a DJ mix of that years biggest records for me. With the Balance mix I wanted to present a much wider view of my DJing and try and create two completely different mixes that I hope have a timeless feel.

6. What do you like to do during your free time?
Free time ? Whats that ? I don’t get much free time apart from when I’m travelling. I’ve spent very little time at home over the last six months but I have been snowboarding quiet a lot. I’m really into boarding, both skate and snow and I try and get to the mountains as much as possible.

7. Well… I saw in your Facebook, you’re holding up Britney Spears Record Sleeve and the Horror soundtrack with the Vampire face on it, what was that all about? 😛
That was just a bit of fun when we were doing the shots for the Balance compilation and I spent an hour or so digging out as many covers as I could that might work in this way and some are super funny, and I especially like the Sade one ! 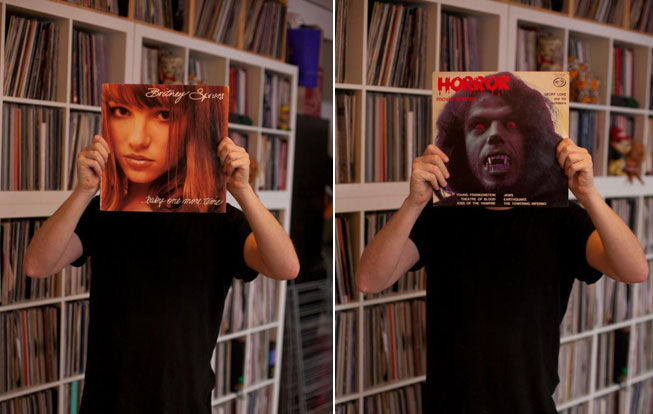 8. You’ll be performing in Kuala Lumpur soon, are you ready for it?
Yeah, I can’t wait. I never been before and I’m hoping I might find some old record stores. Are there any in the city ?

9. Who is the dj-producer that inspired you?
If I had to choose one it would be Carl Craig. I’ve been following his work and listening to his music since the early nineties and his made everything from jazz to techno, hip hop and ambient music and he does it with style.

10. What is your DJ tools? (software, hardware)
My mind. It’s all about having ideas. The machines just help me live out my dreams.

11. Thank you for your time with us, Matt, before we end this interview, have you got anything to say to your fans out there?
Can’t wait to see you in KL and let’s have a drink and dance the night away. Hugs.