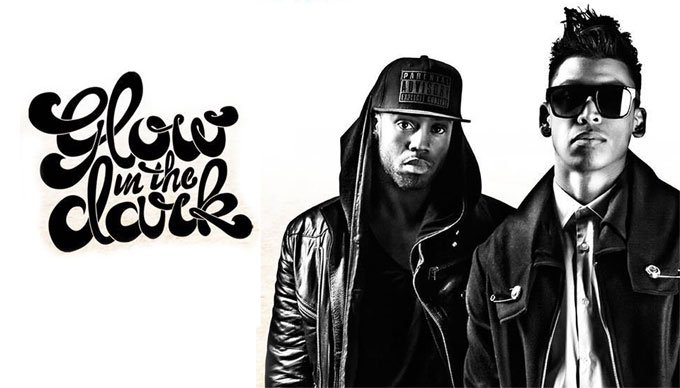 Here are the GLOWINTHEDARK interview. With their monster of a track, “Ain’t A Party”, produced with industry heavyweight David Guetta already under the belt, GLOWINTHEDARK have taken the Dirty Dutch sound to the next level with MUG and sent it on a jaunt overseas to the UK. Fresh off the back of a tour of Asia and with their huge release on Spinnin’ alongside BBC Radio 1’s Danny Howard and industry newcomer T3nbears still smashing sets the world over, we caught up with GLOWINTHEDARK to find out just how MUG came to be and what their favourite brew might be…

Hi guys! You’ve just finished a huge tour of Asia – how’s this year been so far for you?
The kick-off of 2014 was just more then amazing. We started the tour in Brasil and then some one day international shows, plus a tour in Asia so we’re more than blessed for the first 2 months of 2014!

Let’s get straight to the point, MUG is MASSIVE.  What’s the story behind you hooking up with Danny and T3nbears for this?
Danny and us met at the Mambo Beach Ibiza where we played for the Dirty Dutch pre-party. There was this friendship connection which developed later that night as we played in Pacha Ibiza. We partied full-on and when we played a very early first version of MUG, Danny was like DAMN (dirt face) and then we knew we needed to start working on this together. And so we did, jumped in the studio with Danny and T3BEARS and off we went!

How’s the reaction been so far to the track from the industry?
Great reactions, they experience it as a different track than all the others out there (club hard style kick wise) and as well a lot of love from the UK crowd because its such a typical British thing 😉

And considering your recent Asia tour, you must have been able to drop it at some pretty wild parties – any that stand out in particular?
Not really, Asia in general goes wild so can’t name any particular – but MUG went off!

How did the production process work with so many of you involved?
As us and T3NBEARS already write most of the things together it was a really easy workflow. We had the draw and Danny came in for the groove and the overall production so it wasn’t too busy a studio session.

Everyone wants to know where you found that “kind of bassline” sample – it’s awesome!
For sure on the internet haha, but some spices you need to keep for yourself and we thought the same thing – it is awesome!

A mug isn’t just a fool, it’s also something you drink a cup of tea from – are GLOWINTHEDARK fans of a nice brew?!
Espressos all the time, but green tea could do the job as well sometimes.

And finally, what can we expect to see from you guys in the near future?  Will you be hitting the festivals this summer?
Yea, a lot of festivals poppi’n up in the agenda – can’t really say which one yet but keep on watching the GITD movement and you’ll know asap where you can party with us!