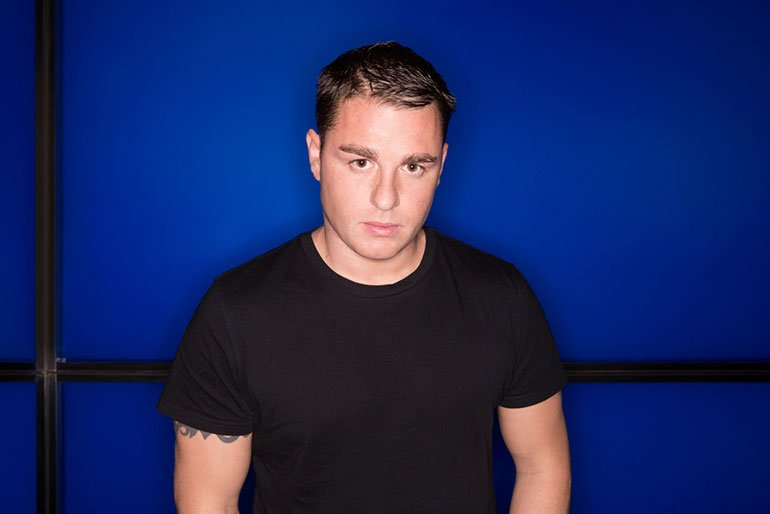 There’s fewer better marks of recognition for DJs working inside the genre, than getting that Trance Nation call from Ministry of Sound. Since Ferry Corsten and Judge Jules helmed the first releases in the series, luminaries like Above & Beyond, Cosmic Gate, Aly & Fila, Andy Moor and Lange have all received the call-up.

Achieving both underground kudos and mainstream acclaim, Simon Patterson is a DJ & producer who has earned his place as one of the most celebrated names in the global trance scene, with an unbroken 17-strong run of Beatport Chart #1s.

Simon’s journey from BBC Radio 1 music scout to one of the UK national broadcaster’s own DJ / presenters is a tale of which dreams are made. Impressing no end with the on-point tech, trance & psy blend he applied to his ‘In New DJs We Trust’ run led him to a Radio 1 residency show last year. That independent musical mindset and a stylistic mix approach, ranging “from the mellow to in-your-face raging!” meant the Trance Nation call was only a matter of time.

That’s proved to be the case as he’s been passed the reins for the 2015 edition of the album. So we dropped Simon a call, with a view to getting the inside loop on where he was taking it…

Hi Simon, where do we find you today and what are you up to?
I just had a great weekend in LA playing Beyond Wonderland for Insomniac. It was a great show and I got to play an extra half hour because Astrix got there late. I just got back to Miami so I’m taking the day off. 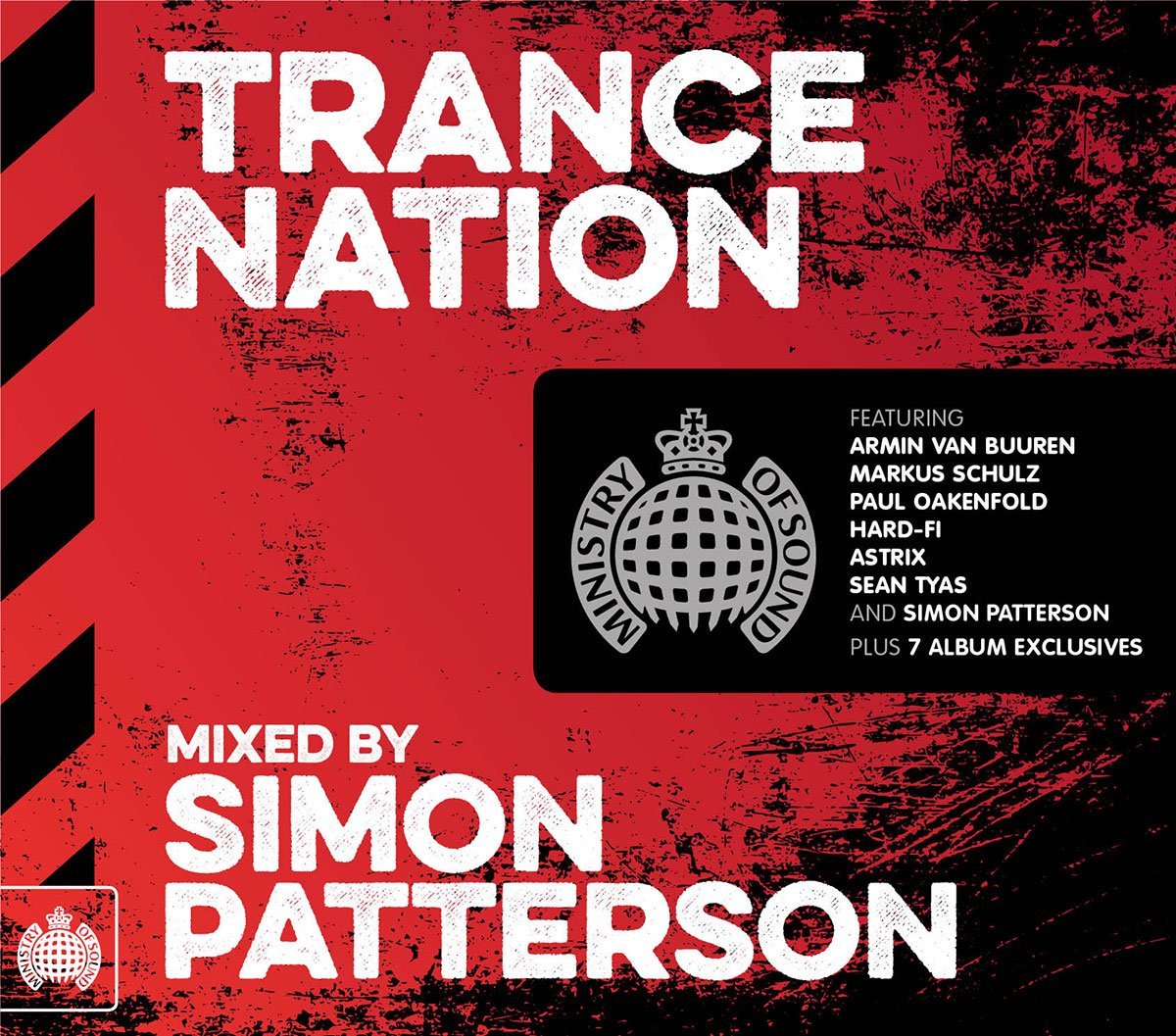 Nice! So, we’re here, predominantly to talk about the release of your Trance Nation album. The series is among the genre’s longest running. What’s it like to get a phone call where Ministry asks you to take something like this on?
It was amazing. Like I said before, it’s such an iconic compilation series and I grew up listening to it for years when I was a kid. It’s an honour to be asked to be apart of this legacy. It’s far from your first mix-comp of course. How did it differ from, say, your Full On Fluoro, Technoclub or Euphoria outings?

It’s much different. I wanted to create a journey of all styles and not just slap, bang, wallop. Full On Fluoro was similar in that sense but this is something you can listen to for any moment and a lot of preparation went into finding exclusives tracks.

What approach did you take with the compiling and mixing of this Trance Nation?
Finding the key ingredients for a mix that can be played morning, noon or night. Just simply – the right tracks.

What kind of music mix/progression did you develop for it?
Like I said, it’s everything. No stone is unturned. It progresses perfectly from each track to each CD – from more laidback tracks to the tougher end of things.

In your classifications, what styles of trance are on there?
Progressive, Psy, vocal and faster uplifting.

Are there any well-known trance sub-genres that you purposefully steered away from.
No. I never would. A good track is a good track regardless of genre. That’s what Open Up is about and that’s what I applied to this CD.

There’s a good deal of exclusives on the album, among them your remix of indie-rockers Hard Fi’s ‘Fire In The House’. How did that cooperation come about?
I loved the original and wanted to make my own version of it. Thankfully the band liked the remix and Warners agreed to let me use it on the Trance Nation compilation.

There’s also your new track ‘Drop The Bass’, which is the first track you’ve signed to Ministry. You tend to record for a wider range of labels than your average trance artist. Why is that?
I like to branch out. It’s good to have different teams and different labels pushing you in different ways.

Which single track that you’ve produced has had the single greatest impact on your career?
I would say ‘Smack’ or ‘Bulldozer’.

If you had to pick out three key tracks (other than your own productions) in your mix that best (if not completely personify) the album, which would they be?

You’ve recently moved to the States. How long ago did you make that move and what prompted it?
I moved about 6 months ago because over the last two years I have played here so much. Also my fiancé lives here and it’s a good place for me to settle down. I like it here – it’s a good way of life and good for family.

With you holding residencies at Esscala and Avalon (in NYC and LA respectively), fans might have expected you to base in one of those cities. But you chose Miami. Why was that?
As a said before It’s where my fiancé lives and I like the weather. Next year I will be moving up north to Boston/NYC area to settle down and buy a home.

With its club scene and climate, is Miami’s everything you expected it to be? Do you ever have a quiet night!?
Yeah, I never party in Miami. I would rather go out to dinner than be a part of its 24/7 dance culture.

Tell us the ethos behind your Open Up movement?
Open Up is exactly what it says on the tin. It’s about being open minded and anything goes. Not being confined to certain genres.

How do you get Open Up’s message across to fans?
My weekly radio show on DI is a good notice board for showing what’s hot in my world right now.

Since you launched it, have you felt that you have had a freer hand in things you do as a producer and DJ?
Yes absolutely – I play what I want when I want.

If you had to pick three adjectives to describe what you’d like clubbers to experience when you’re behind the decks, what would they be?
Good mixing, effective progression and driving music.

Which one artist that perhaps readers haven’t yet heard of, have you most got your eye on going into summer?
Freedom Fighters – check out his debut album on HOMmega – he also remixed my single ‘Dissolve’ last year.

Lastly, back to Trance Nation! With the tracklist and pre-order clips out and about for a month or so, what kind of early reactions are you picking up with regards to the music and artists you’ve featured through your social media?
My fans are really loving it. There is some good hype online which I’m happy about. I’m hoping they like the journey and progression of the compilation. I hope it lives up to expectations.