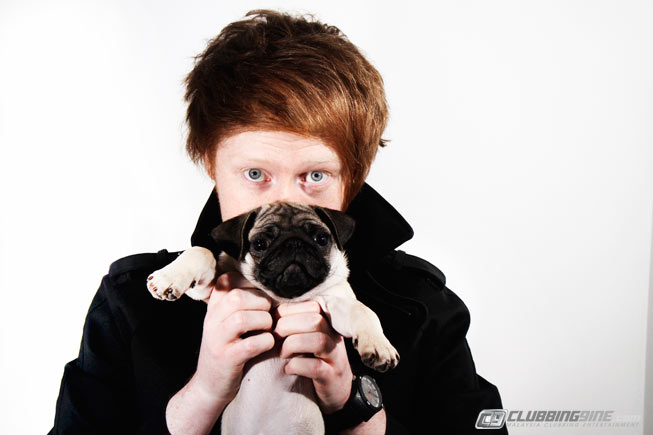 Audiofun is not solely a producer but also a DJ that spins on international stages along with biggest names such as Calvin Harris, Steve Angello, Laidback Luke and a mountain others. Let’s have an up-close and personal DJ interview with Audiofun, talking about his DJ life and track productions.

Introduce yourself – what’s your name, where are you from?
My name is Matt Corry. I’m originally from Ireland, but now live in Manchester, UK.

What does AudioFun mean?
I genuinely can’t remember where it came from or how it came about! It’s memorable though.

So, tell us about how you first faced music and developed your aspiration to make it?
I was always in to Dance music from a young age, but only decided it was something I wanted to pursue when I was 17. There was a festival in Ireland called Hi:Fi – it was the first proper Dance event that I went to and seeing the reactions people like Marco V and Eddie Halliwell got just solidified that it was something that I wanted to do. I started dabbling in production shortly after that, but didn’t fully start focusing on it until I turned 21.

What were you most influential music acts when your musical journey started?Marco V, Sander van Doorn and Eddie Halliwell were the three DJs I absolutely idolised when I started. Back then I was in to Trance, that’s what they were all playing at the time. As I got older I started to get in to big room/progressive stuff and their sound went that way too. I still look up to all three now!

What was your first big break musically, when a career become a feasible idea?
I signed my first EP to Fatboy Slim’s “Southern Fried Records” and it took me a few days to come to terms with it! Around the same time I’d a few tracks getting plays on BBC Radio 1 specialist shows. It made it all real and from then I believed it could be a viable career.

What’s the most memorable day of your music life so far?
There’s been so many! I do some pop production/ghost engineering and one of the tracks I did went number 1 in a few European countries in May, that was a bit mental! Although probably even more memorable was when I signed the publishing deal with Imagem last month. They look after material by Daft Punk, Rihanna, Madonna and loads more. Crazy to think I’m a part of the roster.

Where is the AudioFun sound right now and what’s influencing your music taste in 2012?
I’m really into the big room sound at the minute as that’s the vibe of my productions. Pretty much anything coming out on Size or Revealed goes straight on to my USB, although my favourite production act at the minute is Dada Life. Their stuff is amazing, both musically and sonically.

Tell us about your current and planned future projects?
I’m currently signed to Vicious Recordings and all of my originals are going out with them. They’ve previous releases from Avicii, Tiesto, Dirty South, Michael Woods, Chuckie etc, so it really is the perfect label for me to be on. My next single “Come Together” featuring vocalist Sean Delase is out early November but I’ve got the next three singles after that already wrapped up! I’m also working on a collaboration with my good friend Reuben Keeney too, so I’m also looking forward to getting that finished up.

Where’s you favourite place on earth and why?
NEW YORK! I never fail to be amazed by the city. It’s where I ultimately want to end up.

Talk us through your studio set up.
It’s SUPER basic. All software based. I produce on Ableton and Logic, a Focusrite sound card and a set of KRK RP8 monitors. I use all of the standard VSTs but mostly Sylenth and Massive – they’re the ones I find easiest to customise and build patches with from scratch. I use the Waves plugins for mastering and mixing down. Their compressors are the best around!

What are your favourite tools in the studio?
Sausage Fattener. I’ve no idea how it works but I just know that it works, amazingly! Everything sounds fatter and louder without distorting.

If you could invent one new tool for music production what would it be?
A vocalist speeder-upper. Yes, that will be the technical term. I work super fast in the studio so I spend a lot of time waiting for vocalists. This would help.

You’re on an island for the rest of your life with three songs online, what are they?
Any three songs from the new XX album. Every single song is phenomenal.