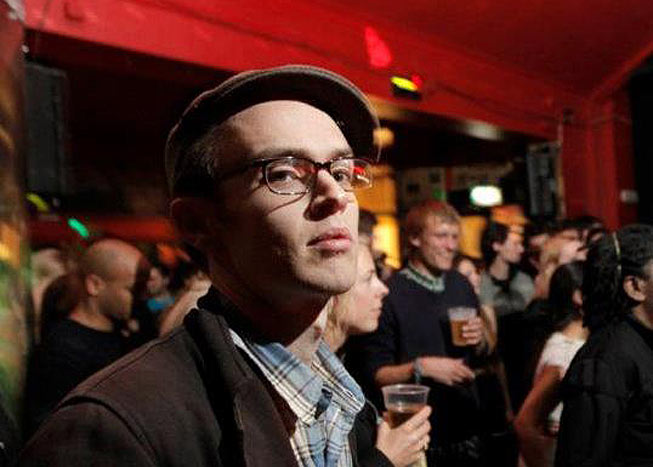 An  interview with DJs Cal Jader & La Salida, two very talented DJs representing the London’s underground tropical scene as they bring a mind blowing mash up of afro-latin rhythms and electronic beats with an urban London twist with a sound system feel of flutes and percussion. The two DJs who are regular guest of Movimientos, each bring very different styles

1. What are you’re musical backgrounds and how did you end up together?
Cal:We met whilst Drew (La Salida) was working in one of London’s finest (now defunct) record shops Disque about 6 years ago, and our paths have crossed many times since through the band Latin Dub Soundsystem and more recently at SOAS Radio and at Notting Hill Carnival with Urgent Union Soundsystem. In the last few years we’ve gradually brought Drew onto our DJ roster at Movimientos because he understands the type of music that we like to promote.

I got into Latin music specifically through an interest in Latin American politics and culture which led to promoting our successful Latin music night Movimientos giving me a platform to share different styles of Latin and tropical music.

La Salida: I’m a musician (flute, guitar and singer) with bands Los Desterrados and Eva Abraham’s band (and formerly Latin Dub Soundsystem) so inevitably I love to mix a live element into my DJ sets.

2. How do you perform live? What is your stage setup?
We combine DJing (on CDJs, Vinyl decks and a Traktor scratch mixer) with live flutes over loops and beats plus live hand percussion

3. Tell us more about your music.
Many people see think of Latin music as just Salsa and Samba but there’s so much more and I think we try to reflect that. So though a lot of the music we play is strongly rooted in Afro-latin rhythms, we also mash up african, caribbean and other global and tropical flavours alongside a whole host of electronic and urban ‘soundsystem’ styles like house, drum and bass and hip hop. We also mix in more ghetto tropical bass styles like Kuduro and Moombahton.

Essentially the most important thing is just to play good quality party music that inspires people to think differently as well as move their ass to the groove!

4. What’s been the highlight of 2012 for you guys so far?
La Salida: Notting Hill Carnival float!!
Cal: Playing in Beirut, Lebanon! And a couple of really cool DJ sets at Bestival (one of the biggest UK music festivals)

5. Where can our readers get more updates on events & music from you?
Web: http://www.movimientos.org.uk
Twitter: @Movimientos
Facebook: MovimientosUK
Radio: http://soasradio.org/movimientos