Interview with My Digital Enemy 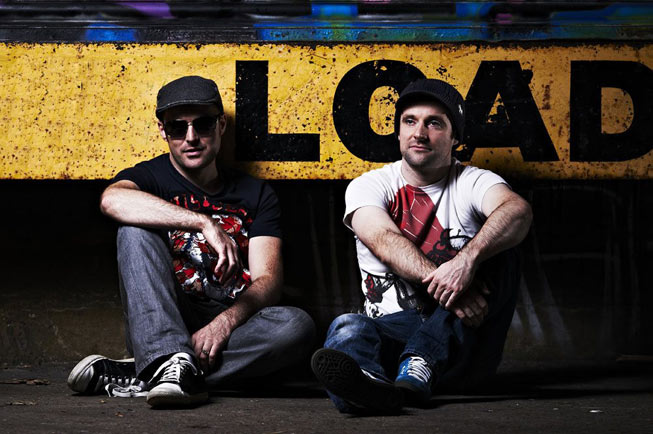 Brighton based boys Sergei Hall and Kieron McTernan are no strangers to the world of dance. With years experience in the bag, the studio offerings from My Digital Enemy have received critical acclaim from clubbing royalty including Paul Oakenfold, Erick Morillo, Judge Jules and Roger Sanchez to name but a few.

Stepping outside of the studio, the Dex ‘n’ FX sets that My Digital Enemy offer set the bar when it comes to multidimensional performances. With dirty distorted riffs and seductive samples keeping the dance floor wanting more, no two sets are the same, as witnessed by the audiences at the countries biggest and best venues, including Gallery at Ministry of Sound and the Midland’s hyperclub, Gatecrasher Birmingham.

As we move towards 2013, we catch up with the dynamic duo and find out about their biggest year to date!

So chaps, for those reading who may not be fully up to speed with who you are, tell us a little about yourselves…

How did you both get into music?
We were both into the same bands and both doing music at collage… it wasso long ago memories have been wiped through the late 90’s!!!

What’s the first record you ever bought?
Lizard by Mauro Picotto

Coming up to the present, 2012 saw you release some of your biggest productions to date, which was your favourite?
New Sensation, seems to get the hands in the air every time!

July saw you remix arguably one of the best dance tracks of recent years, Alter Ego – ‘Rocker’ with the help of Prok and Fitch. Did you expect the remix to receive such praise from the likes of DMC?
To be honest we were think of doing it as a free give away bootleg and just cut up the original but we decided to replay all the parts instead. Then after we did, we sent it to a few key DJs, Mark Knight being one of them, and he loved it so we decide to go down the root of speaking to Skint and releasing it properly.

You’ve also spent the majority of 2012 riding high in the Beatport charts with your tracks ‘New Sensation’, ‘Latitude’ and ‘Got To Be Strong’ – What’s the secret behind the MDE sound?
Well if we told you that we would have to kill you!

In recent years it’s been discussed that DJs cannot be successful without their own productions – What are your views on this?
Well I think it’s hard out there at the mo so playing your own material can set you aside from other DJs, every little helps!

Where do you prefer to spend your weekends, on the road or in the studio?
We prefer spending the weekdays in the studio and the weekends Djing/partying

Looking forward to 2013, what have you got in store for your fans?
We have lots of new collaborations with some wicked Dj/Producers and also have signed some seriously good new material for Zulu so watch this space….

Now for the obligatory quick-fire round:

If you could be any super hero, who would you be?
Wonder women.

What’s your most memorable DJ moment, the one time that will forever stay in your memory?
It’s got be to playing before Afrojack at Gatecrasher, the club was rammed and everyone was going mental, we really enjoyed that one!

Which song do you know all the words too, more embarrassing the better…
YMCA!

My Digital Enemy Are Going Back To The Underground
February 3, 2016