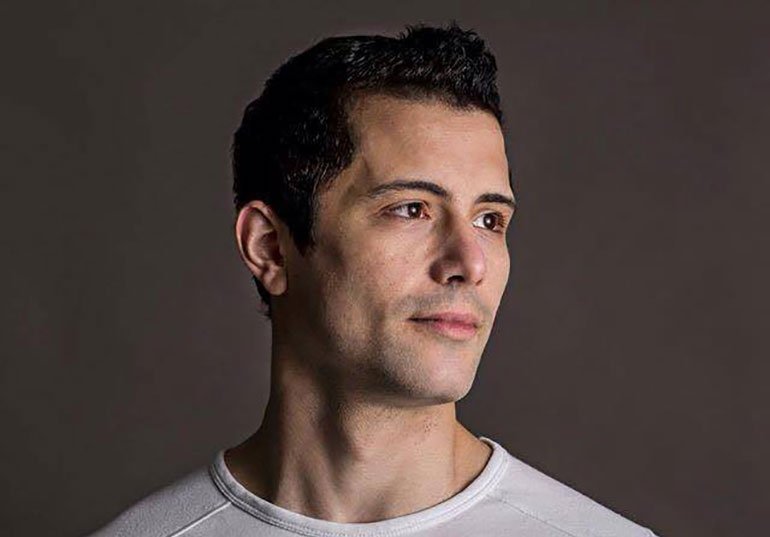 An eclectic figure within the electronic music industry, DJ, Producer, Remixer, Radio Host and Label Boss Steven Vim has been the mastermind of multiple projects which filled up his resume with many feats.

Having diverse projects under many monikers such as: Kinderleicht, Pitch & Shifter and Lippyfish, Steven Vim is a multi-faceted producer whos created his own musical voice dabbling into House, Trance, Deep, Progressive and Tech House sounds, whilst also resorting to other inspirations from: Alternative, Rock, Pop and Soundtracks.

Having signed with many different labels like: Chilling Grooves Music, Baccara Music, Muenchen, Acunadeep, Trance Gold Records, Islas Baleares, Iplug and Infractive Digital amongst others, hes been reserving some of his latest creations for his own imprint Pulsetone Recordings, such as his freshest single Skyline.

We’ve had the pleasure to sit down with Steven Vim for a chat and talk about how hes started in the Dance music business and get to know the story behind his new project Skyline.

Hi Steven, how are you and whats happening in your world right now?
Well, a bit better than two weeks before. A thunderstorm caused some damages on the house and afterwards there was a lot a work to do, and working on something new was impossible.

Where are you currently based?
Austria, placed in the middle between Munich and Vienna.

Do you consider yourself more of a producer or DJ?
I consider myself more a producer, and on stage I am more a kind of storyteller rather than a DJ. But I guess, I definitely feel more comfortable in the studio, but I also like playing on stage. I like to switch between genres and between happy and dark sounds.

How long have you been involved in the music business?
I would say approximately more than 10 years as producer and 7 years as DJ.

How would you describe your current style?
It depends on which project I work on. Pitch & Shifter is more Progressive House and House in general, while on the other hand the Kinderleicht project is the darker side of me with Techno and Deep House tunes, and finally Steven Vim is for my own fulfilment which covers Trance.

Did your style change in any way along the years?
In a certain way yes, but I guess it is more the way of listening to music and producing. When I started listening to music there was Hardcore and Techno back in the early nineties. Afterwards in 1995 I heard the first Trance track on a Ravemaster Compilation and at this point I got into Trance and in a short space of time also into House music, blame it on Daft Punk and Roger Sanchez. Styles and genres come and go, but my favourite sounds will always be a mix of Trance, Techno and House music.

Who were your inspirations growing up?
Haha, my very first inspiration was ABBA, no joke! When I was six I grabbed a bunch of old music cassettes from my Dad and listened to it. At the age of 17 I listened to the music of Paul Van Dyk, Dj Dean, Sven Väth. At that time also BBC Radio 1 with Judge Jules, Pete Tong, Danny Rampling were a huge enrichment for me and I recorded them on Mini Discs as much as I could.

You are involved within different roles in the industry: DJ, producer, radio show host, remixer and label boss. How do you manage to find the balance between them?
It all takes a lot of time and some times you have to improvise. Also having the right time management makes it possible and some helping hands for office work, graphics and so on. And on the other hand I also had a lot of 24 hour days without sleeping, which means there is not much space for more personal stuff left.

Your latest project is called Skyline. What can you tell us about it?
The track itself was finished last year but suddenly my HDD crashed and a lot of my music and tracks, which I prepared for the planned album, were gone, so I started from scratch with this version. I did several versions of Skyline, till I was happy with one. The melody of the track wasnt the same like the version in 2014 but its similar and reminds me of a visit in Toronto back in 2011.

How long did it take to complete this track?
Three weeks for four versions, the final one was finished in one day.

Describe Skyline in one word.
Sun 😉

What are your plans for the future?
I am not 100% satisfied with my sound at the moment, so I will work harder on it to create much more music. For the rest of it, lets see what the future brings.

Tell us something not many people know about you.
There is not much to know about me, I am not in a relationship so I spend most of my time on music and fitness. I like music and it doesnt matter if its Rock or Drum n Bass, as long as it sounds authentic to me. And I love good food, especially fresh and self cooked.

Anything to add/shout outs?
Only a note to all people who are struggling with themselves: Dont look back and when you do just see how far youve gotten to the point where you are right now.