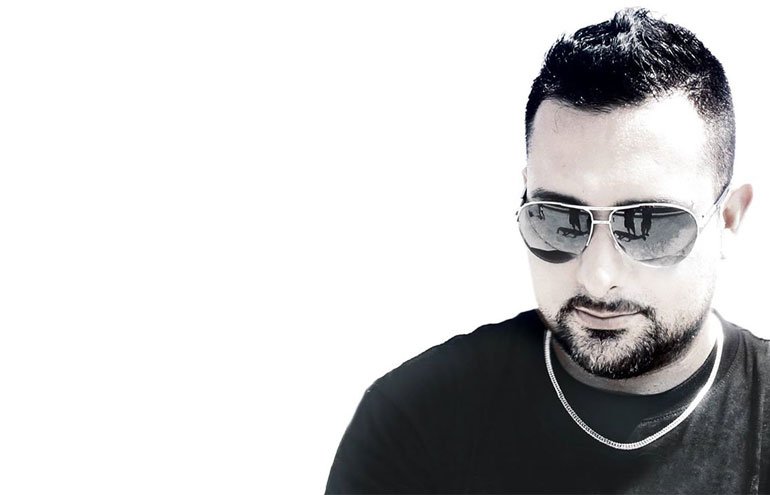 Hailing from Colombia, talented DJ and producer Tavo has become one of the most sought after artists in South America, boasting his unique House, Tech House and Electro Swing sound. Crowned as one of Beatports Top 200 DJs and dubbed as one of the Top 100 House music producers on Traxsouce, Tavo is certainly at the top of his game.

As a top-notch producer, Tavo has been on the radar of many different labels, having signed with esteemed imprints such as: Tazmania Records, 3Star Deluxe, Heavenly Bodies, Recovery House, Suka, Electroscene, Muzik X Press, Taka Away Records, Armada Music, Cold Harbour Records, Cassa Rossa, Mjuzziek Digital, TeddyBear Records, KULT Music, Housesession Records, Vamos Music and many more. His work has also been associated with some of the worlds most renowned brands, like: Heineken, Chivas Regal, Absolute Vodka, ELLE Magazine, Ferrari and Formula 1.

Weve caught up with Tavo to get to know what hes up to at the moment and what hes got in store for the future.

Hi Tavo, how are you today and what are you up to at the moment?
Hey guys! always good! At the moment Ive got many things going on, mainly producing and establishing my label in the USA.

Where are you from and do you have a stable home or do you prefer travelling?
Im Colombian but I consider myself a citizen of the world.

How would you describe your current sound?
House – simple as that.

Did your style change along the years?
Always  its a constant evolution.

How did you get started into DJing and production?
I started DJing a long time ago, back in Colombia. I was really impressed by the mobile clubs in Venezuela which used to come to my city with this huge stage sound. I looked at those guys and thought, one day I will be there. Production is another story, its a very recent endeavor, as I always thought musicians should be musicians and DJs should be DJs, but since those lines started crossing, I went to a store, bought Ableton Live and started from scratch.

Do you consider yourself more of a DJ or producer?
Well, DJ is what I am, Producer is what I do. Sadly in todays world in order to be recognized you need to be both. So for me being a DJ is the essence and producing is a new tool for showcasing my pure love for music.

You’ve been at the top of your game for many years. What keeps you going and motivated?
It is something organic for me, but honestly, its because I think theres too much to give and not everybody knows my sound and style yet. I believe soon my stage performance will be set up right and more people will be able to judge and appreciate what I do, especially now, that the concept of Pro DJ has been so hurt by mediocrity and commercialism.

Along the years you had multiple successful instances. Which one is the most memorable?
The day a girl asked me to play a song for her, and I realized I had just met my future wife.

Is there a feat you’re still chasing?
To be part of the movement that brings pure House music to the festival stages.

You have recently released a remix Vuonnalas Silence. Can you give us some insight of you thought behind this track?
I loved the tune from the beginning, so much talent behind the original version. I felt that I could add some longevity to the track by creating a mix that was less commercial, the song organically came to life, I just heard the vocals and bam!

Why did you choose to remix this tune in particular?
I loved the vocals, that voice is just lovely, beautiful!

Where would you imagine this track being played?
I can imagine it being played everywhere, but I think it has that great human connection that can be used on commercials or movies.

Do you have any other releases planned this year?
Yes, Im working on some really cool original tracks and some collaborations with great friends (producers) who are themselves brilliant. Too much to learn still and thats what keeps me excited for the near future!

Looking at the production side of things. Walk us through your current setup.
I work in Ableton live, very simple set up with ADAM monitors and a Kontrol S49.
I produce on an Apollo twin but I get my tracks mastered in one of the greatest studios in Italy, so I dont loose time on that, I just produce!

Which are the 3 main plug-ins or sounds you cannot do without?
Tough question! Every track requires something different. I guess if I have to rank them I will start with Massive, followed very close by Sylenth1 and then Reaktor!

What advice would you give to young, up-and-coming DJs and producers?
Hmmmm, I will say that it is really important that they value the origin of the industry and not just the present. With such a constantly evolving market, they will see that times passes fast and if they rely just on the technology and not the music, when that technology fails, they will not be able to stand for anything or show what they are really made of. DJing is story telling not scratching vinyls, adjusting knobs and/or pressing buttons!