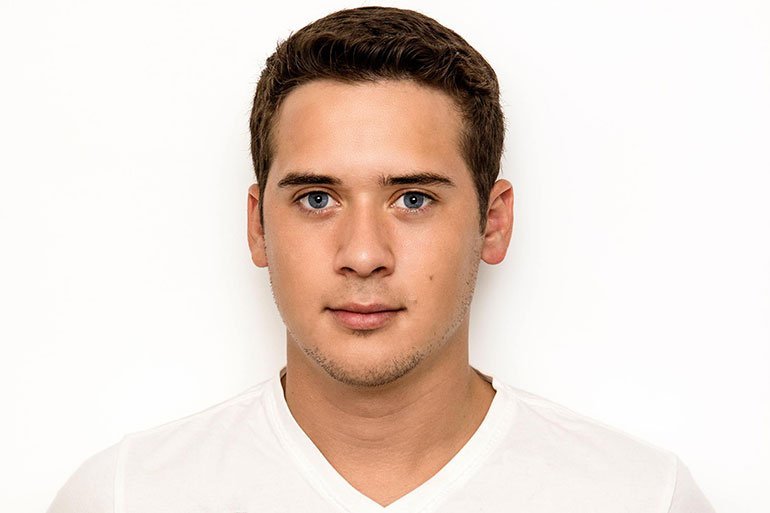 Miami based Tegan has been on a consistent rise in the past months, having put himself in the limelight with top-productions such as: ‘Sapphire Remix’, ‘First Time’ and ‘Oyeme’, the latter gaining support worldwide, most notably from Diplo’s label Mad Decent and various press from around the globe.

An audio engineering graduate from the renowned SAE Institute, Tegan has managed to establish himself on all fronts, being production, remixes and audio engineering. Adding to his feats, his monthly show ‘Miami Fever’ which airs on iTunes, has also been successful, landing him a resident spot on FG Radio Mexico alongside A-list DJs such as: Afrojack, Chuckie, Steve Aoki and Laidback Luke.

We’ve had the pleasure to catch up with Tegan to get to know him a little better and have a chat about his current and future projects.

Hey Tegan, thanks for sitting with us for a chat today. What are you up to at the moment?
Thanks, I’ve just released a remix called ‘First Time’ for pop artist London Porrasze as well as the ‘Sapphire’ remix. I’m now focusing on collaborations and originals, but not to worry, I still have some fun remixes on their way!

Where are you currently based?
Miami – I love the weather here and on any given weekend I can see an international DJ.

How long have you been involved in the electronic music business and how did you get started?
Funny story – I used to compete internationally in extreme Karate where we would do some routines involving flips and movie stunts choreographed to Trance and Techno. That was in 2002 (12 years old) and I Started DJing in 2005 and the music just took over me.

Can you walk us through your influences growing up?
Like I said, started out with Trance so lots of Tiesto – I used to get my mom’s tape player and jam out to her aerobics mixtapes. Once I started producing, I had a lot of Hardwell and Trance influenced sounds – Always loved big chord stabs.

How would you describe your current sound?
Melodic Big Room Progressive House – Not the Hard-style kick loudness war sound everyone knows as Big Room now. I like to use a bass-lines to groove with the kick, not have the kick be the bass-line.

How has that changed over the last few years?
Sometimes my sound gets a little more Electro, sometimes more Progressive depending on experimentation and my mood that day. Also, as the sounds evolved I had to evolve with it, but I like to think my sound is always there.

You are an audio engineering graduate from SAE Institute. How much do you think this had an influence on the quality of tracks you produce?
Huge – the school didn’t teach you much about production itself as the main focus was manipulating audio, but when I went there I already had a great knowledge of production, so I got to re-enforce all my previous knowledge about mixing and learn more on the subject. I’m currently doing some freelance mixing and mastering for some clients.

Would you recommend this calibre of training to young aspiring producers?
I think anyone who is passionate about anything should learn as many aspects about their profession as possible, even if in the end they seek help from better mixing or mastering engineers.

You have quite a number of originals and remixes, signed to your name. Which one is the most memorable for you and why?
I think every time I release a new track it surpasses my last one, but I really enjoyed working on ‘Oyeme’ with my good friend Fautre. I was super psyched when Mad Decent used us as an example for Jungle Terror 2015.

You are about to release a remix for Hypster’s ‘Sapphire’ which is the second remix you did for him. How did this gig come along?
Luckily for me Hypster is a good friend of mine and an amazingly talented producer. When we met 4 years ago I was showing him some my tracks and eventually last year he asked me if I wanted to remix ‘Candy Hearts’. I took the opportunity, even though I prefer to work on remixes with vocals because I can strip the track and make something brand new. When there is none, you have to use parts of the track enough to be recognizable, that’s the biggest challenge for me, However, I love challenges.

If you could choose any artist in the world to collaborate with or do remixes for, who would it be and why?
My answer is constantly changing, but I love Dillon Francis because of his versatility. I think Don Diablo is doing some amazing stuff at the moment. I also really like Miike Snow and Galantis (Christian “Bloodshy” Karlsson of Miike Snow, and Linus Eklöw aka Style of Eye)

Do you have any other projects lined up this year?
I’ve got one music video coming out real soon for my remix London’s ‘First Time’ and another one on the way. I want to start putting out more videos and incorporate my life to show that life is beyond just making music and DJing.

Where would you like to see yourself in the months ahead?
DJing in as many places as possible, I don’t get out of the studio much.

Which are your strongest and weakest points as a producer?
I’m a perfectionist, there are ups and downs with that.

Who do you look up to musically and why?
Pink Floyd. Michael Jackson, Quincy Jones, Daft Punk, Mozart… Anyone who truly did something unique in music, because it has led us to all the music we have today.

Anything to add/shout outs?
I want to thank you for having me and make sure to like/follow me for all the great stuff to come!