Kissy Sell Out is up for a Session 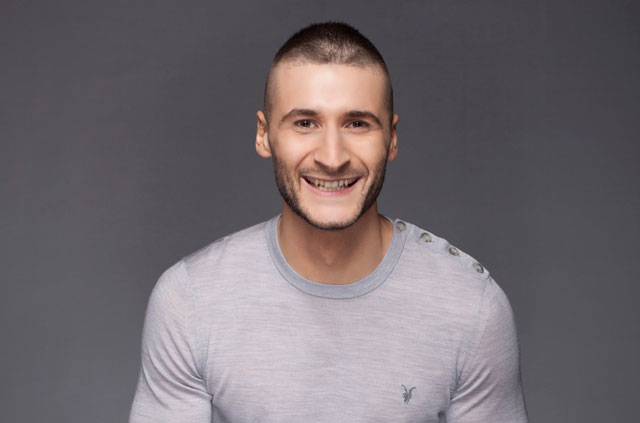 The night ‘Sessions’ has been packing out venues in North Yorkshire for years, the brainchild of the internationally successful artists The Squatters, they’ve decided to spread their wings and bring the Sessions flavour to Leeds!

This won’t be any run of the mill event either, celebrating their huge hit with legend Steve Edwards, they’ve called upon him to perform a very special never seen before Live PA for the lucky people of Leeds. Alongside this The Squatters have enlisted their good friend Kissy Sell Out to join them to launch Sessions at Mission!

We asked Kissy to take a few moments out of his busy schedule and tell us what he’s been up to lately and what to expect on Easter Thursday!

Hey Kissy, firstly thank you for letting us steal a moment of your spare time, which by the looks of your movements lately has been few and far between. We can’t go any further without asking about the album you’ve just released, tell us the journey that went with it?
I’m still getting used to talking about it in the past tense! Working on an album is something people seem to talk a lot less about these days and since this is kinda my third album (albeit with A LOT of help from my friends this time round!) I forgot how much a project this size takes over a whole year of your life!

San City High has been going since I was still at university – so 6 years ago – and after about 20 releases featuring records mixed by Eats Everything, Dillon Francis, Laidback Luke, Zeds Dead, Jack Beats etc, we’ve finally released the first San City High compilation album – and also my first official DJ mix album (….if you discount my Mixmag cover mount and that Ministry of Sound Australia album a few years ago!)

You’ve also just released a single with Rob Sparks called “Live Wire”, the video is immense for it, did you come up with the concept?
Julien James Davis is an incredibly talented director; I’m very lucky to have him onboard as a friend of the label at such an early time in his career! He did such a great job on “Live Wire” that we’re already working on a bigger budget follow up for the next single with Machines Don’t Care (a.k.a. Hervé) – but my job at video shoots is mainly to make people laugh and have a good time while lenses get changed etc…..working with so many people is my absolute favourite thing about running the label.

Did you want to be a barman before you became a DJ? 😉
Hell no! I’m a crap barman even when I’m just acting (badly) as one. I’ve got such a short attention span I wouldn’t be able to remember anyone’s order!

You’ve decided recently to launch yourself into something totally different and have enrolled in a physics and astronomy degree. Firstly, hats off to you. Secondly, are you aiming to be the next Brian Cox?
I have indeed! I’m crap at history, geography, biology, English literature, business studies etc..but I’ve always found maths fairly easy and actually got 100% in my A-level believe it or not!?

It started as Brian Cox astrophysics type stuff but my main area of interest now is quantum mechanics which essentially explains (with very dense equations!) why everything we see, hear, touch, love exists in the first place.

It’s quite a serious hobby – and last month I finally figured out how to explain why there are only 8 gluon vector gauge bosons in a 3×3 special unitary matrix while I was watching telly in bed – but as unlikely as it sounds, I find it sits very nicely beside my passion for electronic music as they both involve thinking outside the box.

The 28th March sees you join The Squatters at the launch of their brand in Leeds, you’ve been a supporter of the lads for a while now, how did you first hear about them?
No tall-tale to tell really, I just thought they were very talented producers and engineers – the music kinda spoke for itself! During the first San City High tour with Zeds Dead, Hot Pink Delorean, Urchins and The Squatters on the tour bus, we got on so well right from the word go. They’d tease me about how all my tracks are 2000bpm and I’d tease them back about how much trance music they play! They got stuck right in with the relentless gigging across the UK on that tour and we’ve been very close ever since.

You’ve even collaborated on a track with The Squatters, how did that come about and do you see that happening again soon?
It’s just about us being in the same place at the right time really, I’m very proud of that record because it seems to gel with a variety of DJs’ sounds so hopefully we’ll find time to do another one now we know the formula works.

Mixmag launched the DJ Lab recently and you were one of the first to get involved. How did that go?
A lot of people try and set up video streams like that but not many pull them off! Full credit to the Mixmag people for being mad enough to have a weekly party at 4pm, literally, in their office(!!!!) – Mixmag only occupies one floor in a big high rise office block to you see lots of bewildered looking people in suits walking past as they are cracking out the Jaeger-bombs! Our show was a great success and it was cool going back to back with one of my favourite DJs, Hatcha.

Speaking of Mixmag, in days gone by they were one of the only places people could hear about Dance music and became the sounding board and judge for so many artists. With the Internet and social media becoming so huge now, do you think the digital age has been difficult for or improved our scene? Do you think it’s good to have so much choice?
It’s difficult to pick out the real talented people when everyone shouts at once, but as a label manager I still get a kick out finding them one-in-a-million people.

Leeds has become one of the leading cities within dance music and especially House and Techno, do you enjoy playing in Leeds? With a crowd that’s so switched on?
Love playing Leeds – in fact, it was only a few months ago that me and MC Cobra played in that centre public square you have!

What’s your favourite venue in the world to play at?
It’s too hard to pick so I’m not going to! Sessions in Leeds should be a contender though surely!

Your label, San City High, has gone from strength to strength, can you let us in on what to expect from it in the next few months?
I’ll hopefully put out an EP by DrDr soon – I love their music millions loads totes emosh! Check em out on Soundcloud.

Lastly, for the serious questions, what can the crowds at Mission in Leeds on March 28th expect from the Kissy Sell Out set?
It’s gonna be HUGE. The Squatters are perfectly capable of smashing it up on their own and that means that I’ll be super relaxed and limbered up on the night – ready for action – bring it on!

Sun or Snow?
Snowboarder since I was 10 years old, so snow definitely.

Football or Rugby?
I’m ex-art student. That should tell you all you need to know.

Radio 1 or Radio 2?
Classic FM or Mark Kermode & Simon Mayo’s film podcast…..I’ve got my own tunes for dancing to.

WMC or ADE?
Will I prefer Ultra in Miami to WMC so I guess I’d go with ADE!

Thanks for your time Kissy and look forward to seeing you in Leeds! March 28th – 10pm – Be there. The Squatters present… SESSIONS Easter Thurs, March 28th @ Mission 10pm – 5am