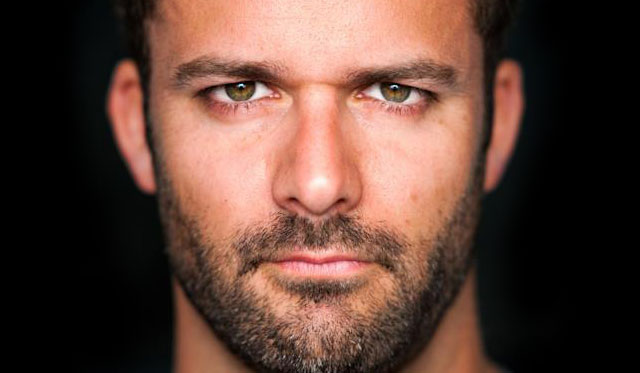 Originally being part of the Swiss DJ and Producer team “The Good Guys”, Ralph Good is now focusing on his solo career as a DJ, Producer and Remixer for industry heayweights such as Ian Carey, Snoop Dogg, Avicii, Timbaland, Yves Larock, Richard Grey and many more! Ralph can be seen playing in nightclubs spanning the globe and let’s not forget Ralph’s radio show which features on stations all across the world!

Hi Ralph firstly thanks for taking the time out to do this, I know you must be very busy, you just played in St. Petersberg right, how was it?
Yes, I’m currently quite busy touring, I was in Tbilisi the weekend before, then St. Petersburg and now in Morocco. The gig in St. Petersburg Duhless/D12 Club was great, one of my favourite gigs in Russia so far!

How do the crowds in Russia compare to the crowds you’ve played to in various countries around the world?
It really depends on the club; I’ve played both ‘VIP’ clubs and ‘Underground’ clubs in Russia, they all have their own character. What I can tell is that the crowd in Russia always likes to party very hard! And talking about music: vocals are very welcome! They still sing along to my ‘SOS’ track with Polina for example!

You play in clubs in all over the globe, if you could play anywhere where would it be and why?
Tough question! I loved most of the spots I’ve played my music so far. As long as the crowd goes off, I don’t care if I play in the North Pole or the Sahara. In terms of specific clubs it’s really hard to tell. I’ve played D-Edge in Sao Paulo some months ago which was fantastic and I’ve heard that the ‘Green Valley’ must be another level… so that might be a club I’d like to hit sooner or later.

You have your own radio show called “FUNK FABRIC”. Where did the title come from and did you ever expect it to be so widely played?
We’ve started the ‘Funk Fabric’ Radio Show as ‘The Good Guys’ back in the days. Since our music was all about the ‘funk’ in House Music, we came up with that name. When we’ve decided to split up the ‘Good Guys’ project, I was the one who continued the Radio Show after a little break, since then it’s continuingly growing and I’m pretty happy with that!

In late 2012 you were nominated for the Swiss DJ of the year by Tilllate.com, how did that feel?
I was surprised about that! Although I don’t give too much attention to the voting, so it wasn’t very important to me, but then again it was fun to see how the voting was going.

What are your plans for 2013? Do you have others exclusive news for us?
I’m just about to finish my new single with Shena and DJ Eako. I’ve also got new collaborations lined up with some big names in the industry. Plus, people always ask me if there will be a reunion with ‘The Good Guys’ and all I can say is we’ve been split up for over 3 years ago now – let’s see what 2013 brings…

You do a lot of remixes and bootlegs for some of the biggest names in the business, can we expect to hear some more this year?
Sure, but I’ll be focusing more on original tracks and projects this year.

What has been your favourite moment of your career so far?
That’s probably my world tour in 2011 but then again I’ve had so many nice moments during my tours, it’s so hard to pick one!

If you could achieve one thing in your career, what would it be?
I won’t reveal my dreams on here, but I’m working on it… 😉

What is it like to work with big labels like Spinnin’ Records, Toolroom Records, and Nervous?
They are all very professional. As there are so many labels around those days, it’s very important to work with the right ones.

Room, desk or car – which do you clean first?
Studio desk!

If you could be a superhero, what power would you possess?
Making table tennis a bigger sport then football!

Pepsi or Coke?
None of it usually, but if it has to be one it would Coke.

Where would you go in a time machine? And why?
The seventies were quite cool! I still love disco, soul, funk music…