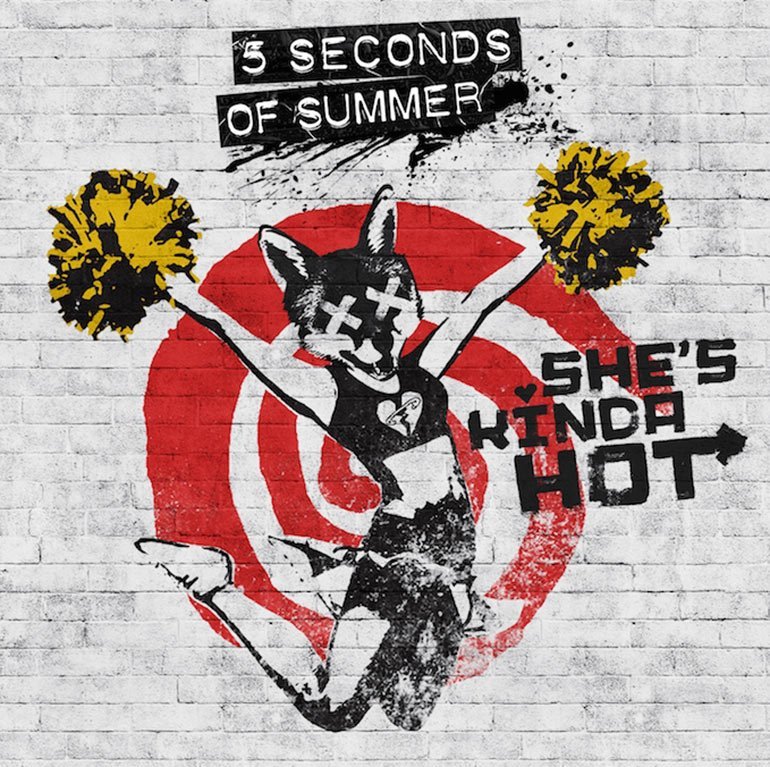 ‘She’s Kinda Hot is the first single from the follow up to their self-titled debut album, which sold in excess of three million copies worldwide and was the biggest US debut album of the year.

A lyrically mischievous riot of an anthem the single is all crunchy guitars, high octane drums and a massive chorus

‘She’s Kinda Hot’ sees 5SOS scream back onto the scene in a big, big way. Having spent the last two months performing SOLD OUT shows across the UK, Europe and Australia including three massive SOLD OUT nights at the SSE Wembley Arena, 5SOS celebrate the release of their new single by kicking off the US leg of their world tour in Las Vegas.

By the end of the tour, the boys will have played to 1,000,000 plus fans in 2015 across three continents. The band will spend their summer on the US leg of their ‘Rock Out With Your Socks Out’ world tour in Las Vegas.

The single open to a great start, peaking at #1 for 37 Countries: