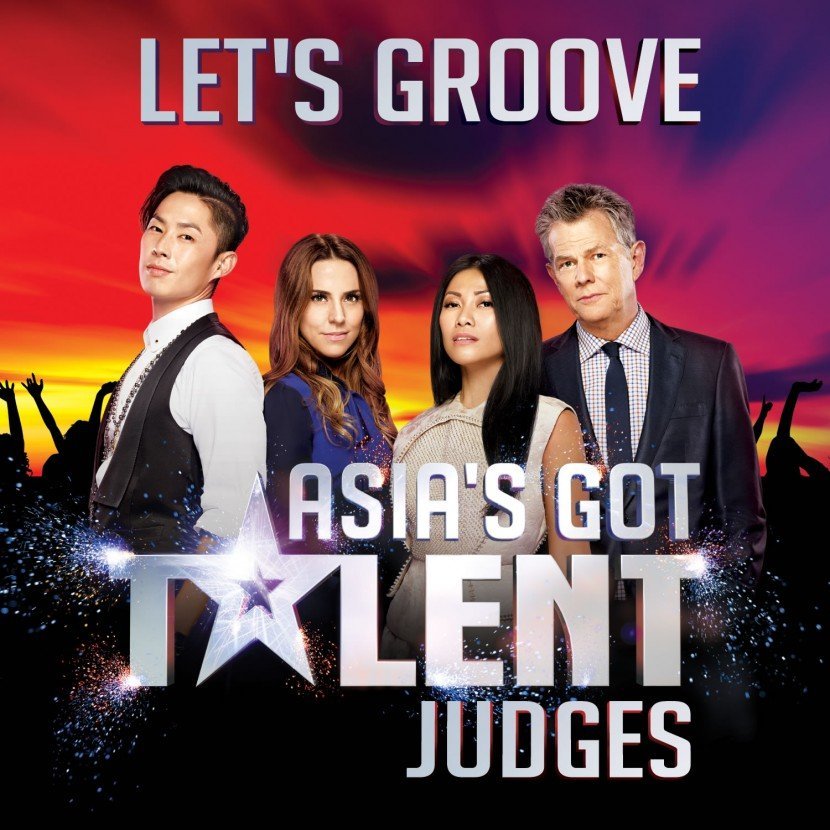 The track, originally by the legendary Earth, Wind & Fire, has been re-recorded with a fresh new arrangement and production by David Foster featuring stunning vocals from all 4 AGT judges, Anggun, Melanie C, Vanness Wu and David Foster himself.

The judges performed “Let’s Groove” live at the grand finale of Asia’s Got Talent on 14th May broadcast through AXN and their affiliates across the Asia region with the pre-recorded studio version single available to download simultaneously.

Proceeds from the sale of this single will be donated to charitable organizations committed to aiding victims of the earthquake in Nepal on 25th April 2015.

Indonesian born Anggun has sold more albums outside Asia than any other Asian artist, winning the 2014 World Music Award for best selling Indonesian Artist and represented her adopted country of France in the Eurovision Song Contest. She is heavily involved in environmental and humanitarian works, being appointed global ambassador for the United Nations twice.

American born Taiwanese artist Vanness Wu is most renowned as a member of popular F4 vocal group attached to the Taiwanese TV drama Meteor Garden. His subsequent solo career delivered a swathe of chart topping hits most notably in mandarin speaking Taiwan, Hong Kong, Singapore and China plus collaborations with international artists Ryan Tedder (One Republic), Bruno Mars, and Beyonce. His acting career continues to flourish with appearances in Autumn’s Concerto one of the highest rating Taiwanese drama series and is currently the creative director for Reebok in Greater China.

Asia’s Got Talent is the widest reaching talent competition in the history of television. With acts of every variety from more than fifteen countries spanning a gamut of ages, Asia’s Got Talent has something for everyone.