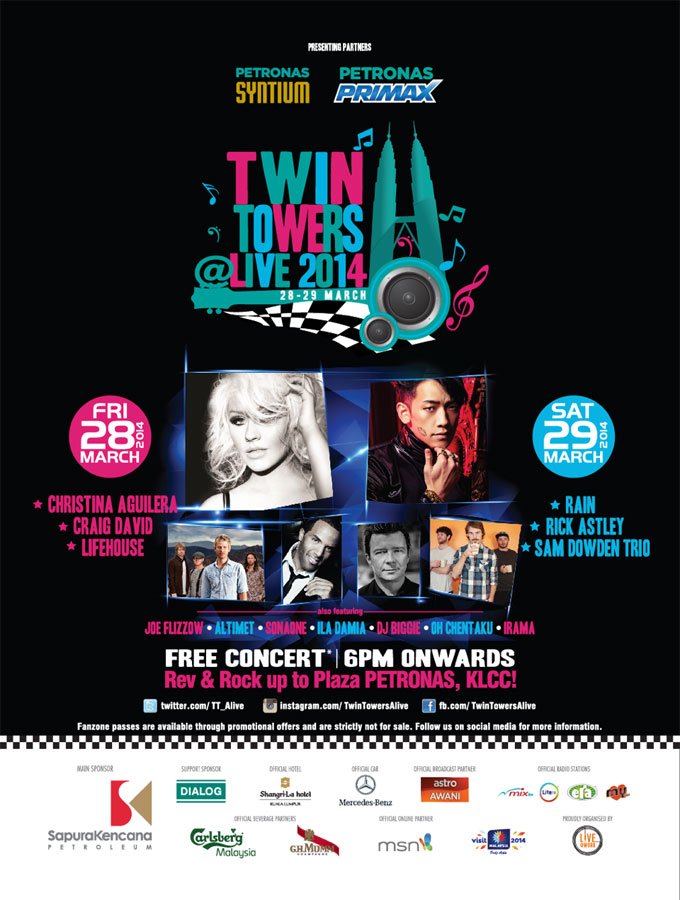 The multiple Grammy-award winning international recording artiste is set to take centrestage as one of the headliners at this FREE concert. Plaza PETRONAS, KLCC is the place to be! Christina Aguilera’s debut live performance in Malaysia is set to be one of the most anticipated shows of the year.

Christina Aguilera is the third international act announced after K-Pop sensation, Rain and British R&B superstar, Craig David. Sharing the stage with these international stars are talented Malaysian artists; Joe Flizzow, Altimet, SonaOne, Ila Damia, DJ Biggy and the up and coming band, Oh Chentaku and DJ Irama. More incredible acts will be announced soon and one thing for sure: this is one party not to be missed!

Christina Aguilera, the singer, songwriter, performer, producer, director and actress is one of the most accomplished performers of the last decade, who has sold more than 43 million albums worldwide, achieved four #1 singles on the Billboard hot 100 chart, and won five Grammy Awards, as well as three top five albums in the United States.

The New York native got her big break with her first album and first dance/pop single, “Genie In A Bottle” (which dominated the charts for five weeks and broke records worldwide) and other chart toppers including “What A Girl Wants” and “Come on Over”. She is also the only artist under 30 to make it into Rolling Stone Magazine’s list of 100 Greatest Singers of all time and was named one of Time Magazine’s Most Influential People in 2013.

She also rejoined the cast of The Voice season 5 and brought her protégé to the finals. Since its debut in 2011, the show was an immediate success breaking television ratings records. Christina showcased her mentoring abilities as she coached young hopefuls in the effort to beat out her fellow coaches.

UPDATES: Twin Towers @Live 2014 concert is cancelled due to flight MH370 tragedy and the victims involved 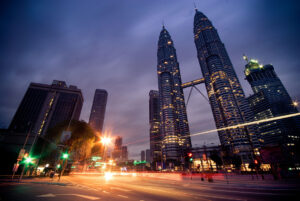