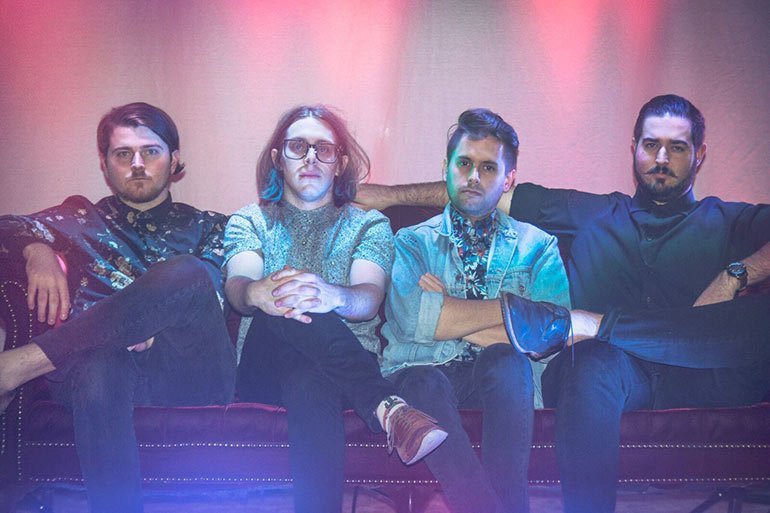 The Gromble are pleased to share with you a slice of X-Files inspired magic in their new video for ‘Real Sympathy‘. Featuring custom Barbie and Ken dolls, neon lights and a small Yoda-like alien, this new video is a really fun one!

Hailing from the warm shores of California, five-piece band The Gromble grew up playing together in various bands and have established the kind of rare synchronicity that has helped them carve out their own idiosyncratic niche: a charming blend of orchestral alt-folk and indie rock, honed live supporting such acts as The Lemonheads.

With the classic intensity of early greats Pavement, Weezer and Neutral Milk Hotel and a taste for the heartland classics, they arrive somewhere between Grouplove, Miniature Tigers and Vampire Weekend. They take their name from Nickelodeon’s Aaahh!!! Real Monsters a perfect indicator of their unashamed love for 90s pop culture and for the sense of humour that runs beneath the surface of their songs.

This is summery beach-pop for when you’re coming of age, music to soundtrack the best years of your life. The Gromble provide something different for everyone in their refreshing refusal to settle for the status quo. As such, they’ve already been championed by such reputable names as VICE, MTV, KROQ, and Indie Shuffle.