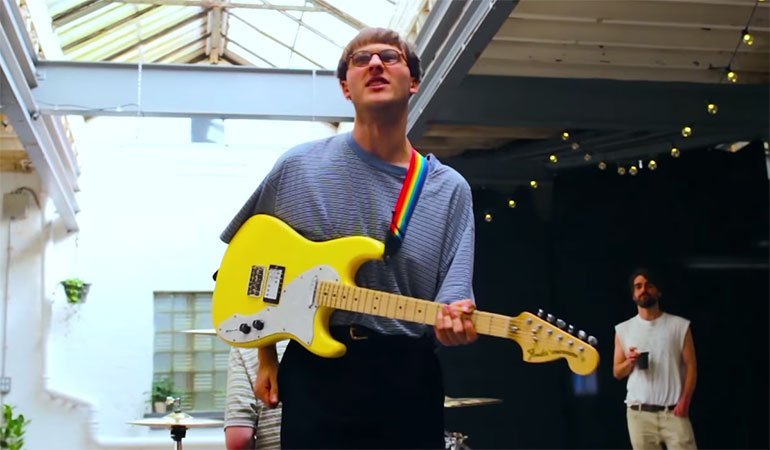 Nai Harvest have premiered their new video for “Ocean Of Madness” with Stereogum, who said the track ” is one of many carefully orchestrated indie-pop songs to be found throughout Hairball, and the new accompanying video mimics its unwavering energy.”

Director Ed Crisp explained how the video came to fruition: “I had the idea a while ago for a video that was based on a band playing in the middle of a circular dolly track, so that was the sort of starting point for the video… We got some friends in to be in the background and to bring loads of props and costumes etc; for some reason somebody had a kangaroo outfit and a gas mask.”

Nai Harvest has always had a habit of surprising people, whether by surpassing their sonic expectations of a two piece or by effortlessly skipping between genres. Racing through ‘80s and ‘90s-influenced indie rock, their recent album Hairball (Released April 2015) is propulsive and elastic, taking sharp turns into hazy garage punk and feedback-laden grunge.