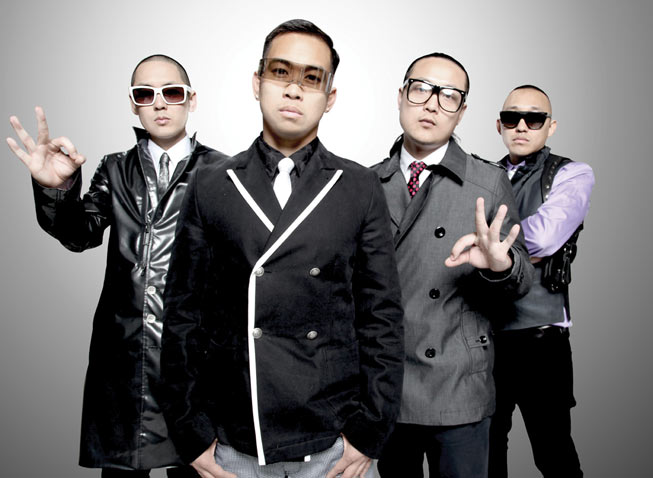 Far East Movement featuring The Cataracs, Dev performing Like A G6. The Far*East Movement (also known as FM) is a rapping, songwriting, and music event producing group formed in 2003 in Los Angeles, California, consisting of Kev Nish, Prohgress, J-Splif, and DJ Virman. They put together the first multicultural live music event in Koreatown, Los Angeles to benefit a drug rehabilitation center in the their community called “Movementality”.

FM’s first claim to fame was their song “Round Round” featured in the Hollywood blockbuster, The Fast and the Furious: Tokyo Drift, and its subsequent soundtrack, video game and DVD. Since Round Round, they’ve been featured on various other network shows including CSI: Miami, CSI: NY, HBO’s hit show Entourage, and Finishing the Game (a featured film at Sundance 2007). They were invited to perform on Power 106’s Powerhouse 2009, one of biggest Hip-Hop concerts on the west coast, performing with the line-up including Jay-Z, Kid Cudi, Sean Paul, New Boyz, Pitbull, Lil Jon, LMFAO, Ya Boy, Flo Rida, and the Black Eyed Peas. Check out the Like A G6 Music Video!