Little Mix get angry when they are described as a “manufactured girl band” because the girls are adamant they are involved in every stage of the creative process on their albums.

The 2011 ‘X Factor’ winners recently released their second album ‘Salute‘, a record that they are very proud of because their music has evolved.

However, the foursome – Leigh-Anne Pinnock, Perrie Edwards, Jesy Nelson and Jade Thirlwall – are tired of people still being dismissive of their talents because of the way they found fame. 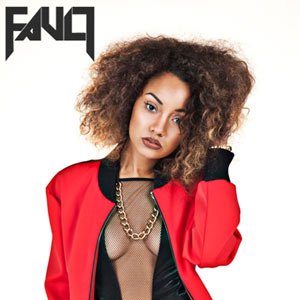 Leigh-Anne said: “Everyone just keeps calling us a ‘manufactured girl band’ and that isn’t the case at all. We write our own music, we’re involved in absolutely everything. “Everything comes from us, it’s as raw as it gets.”

Just as their songs are changing, Little Mix’s style is also evolving and they are proud they do not dress like other generic girl bands.

In a joint interview in the new issue of Fault magazine, Perrie – who is engaged to One Direction’s Zayn Malik – said: “Obviously our style is evolving, our music is evolving and everything is moving slowly together. We’re not wearing hot pants, gyrating on the floor. We’re just becoming a bit more classy, a bit more grown up.”

Little Mix will embark on a 19-date tour of the United States in February this year followed by 18 concerts at arenas across the UK and Ireland.