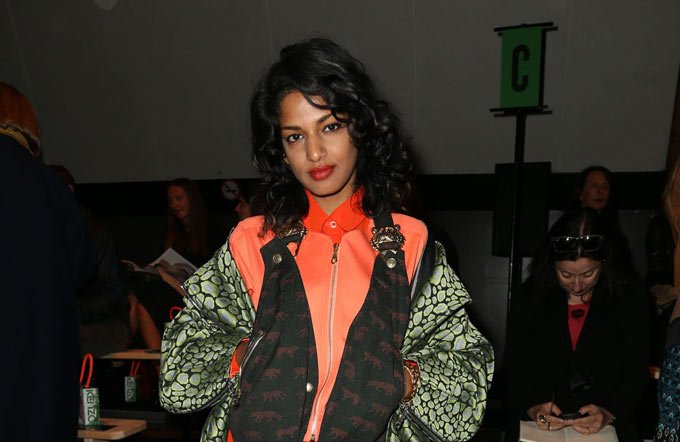 Rapper M.I.A. has hit out at the way people describe her music and says she doesn’t want to be labelled as a “proper pop star”. The ‘Bring The Noize’ musician insisted she prefers to be known as a “rapper” and thinks people pigeonholing her the way they do is a bit “weird”.

She told V Magazine: “I dunno… it’s weird. I’m not really a pop star. I don’t think I’m popular enough to be a proper pop star. I prefer being called a rapper.”

She admitted there was a time before her fourth album ‘Matangi’ when she questioned her own ability to make a successful pop album. She explained: “After I made the last record I was no longer on XL, my old label, and I felt like I didn’t know how to make a big pop record.

“I didn’t know how to do the thing that everyone wanted me to do – which seemed like the only thing you could do on a major label.”

The ‘Paper Planes’ hitmaker has opened up about her style in the past, and she has compared herself to polarising artists. Speaking recently, she claimed she treads the line between pop icon Madonna and Sex Pistols punk pioneer Jonny Rotten.

She said: “People come up to me and say, ‘Oh my God it’s a thin line, you could either be Madonna or Jonny Rotten’ … I’m both, that’s what it is.”