Song titles that are currently available from the new CD are Living For Love, Devil Pray Ghosttown, Unapologetic Bitch, Illuminati and Bitch I’m Madonna which was recorded with Nicki Minaj. Producers include Madonna, Diplo, Kanye West, Billboard, dahi and blood diamond. “Rebel Heart” was recorded in NY, LA and London. 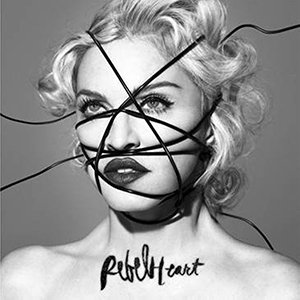 The decision to release the songs much earlier than anticipated was due to the leaking of several work-in-progress demos earlier this week.

“I was hoping to release my new single “Living For Love” on Valentine’s Day with the rest of the album coming in the Spring. I would prefer my fans to hear completed versions of some of the songs instead of the incomplete tracks that are circulating. Please consider these six songs as an early Christmas gift,” commented Madonna.