NATALIE LA ROSE’s breakout hit “Somebody” [featuring Jeremih] enters the Top 3 at Top 40 radio this week. This news arrives hot on the heels of the singer-and-songwriter becoming the “first female in 2015 to hit #1 on the Rhythmic airplay chart with a debut single.” Right now, “Somebody” is continuing to gain even more steam across the board.

NATALIE will make her national television debut on The Ellen DeGeneres show April 22nd, followed with an appearance later that evening on The Late Late Show with James Corden. The rising artist will then take the stage for a special performance at the Radio Disney Music Awards on April 26.

Armed with one of the spring’s biggest hits and readying more music, NATALIE LA ROSE is poised for a massive 2015. 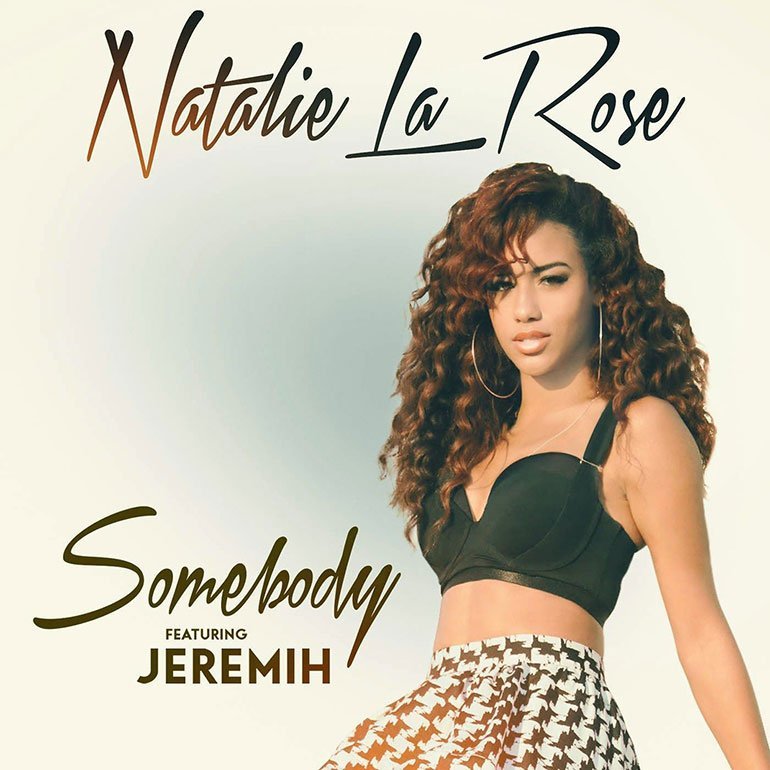 “Somebody” is a certified international smash. It recently hit number Top 10 on the Billboard Hot 100 and recently reached the Top 10 of iTunes’ Pop and Overall Top Songs chart, and Top 15 on Spotify’s US Top 50 Chart. What’s more, it peaked at #4 on Shazam in the U.S. and #14 on the Global Chart, and was one of the Top 5 “Most Shazamed Records in the USA.”

The video, which originally premiered on Complex, is approaching 20-million YouTube/VEVO views. Watch after the jump! Critical acclaim continues to mount as well. USA Today proclaimed NATALIE an “On The Verge” Artist, while Billboard pegged “Somebody” as one of “Tomorrow’s Hits.”

Most recently, La Rose assembled a trio of modern hip-hop’s heavy hitters for the powerhouse remix of the hit track. Adding a new dimension to this formidable anthem, the remix features Fetty Wap, Sage The Gemini, and Troy Ave. Listen to it here!

Originally from Amsterdam, the composer, singer, dancer & producer, performed alongside multi-platinum selling artist Flo Rida around the world for 2 years as his lead female vocalist. Now signed to Flo Rida’s label I.M.G & Republic Records, La Rose is proving she is more than somebody. She’s one of 2015’s breakout stars.