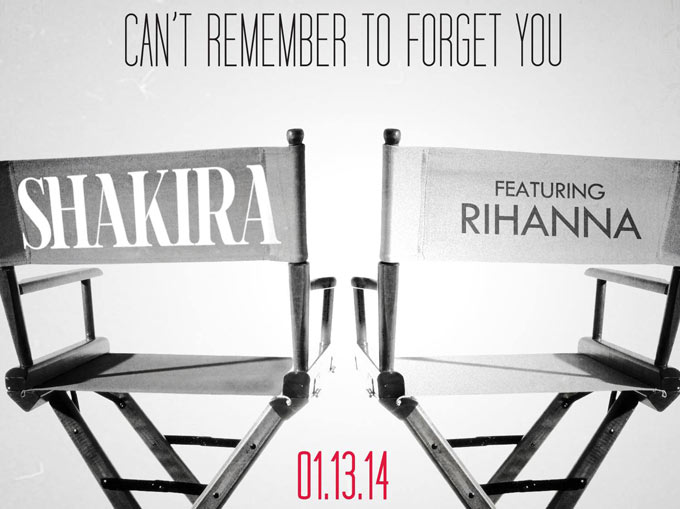 Two popular singers Shakira & Rihanna announced their first ever duet via Twitter and the release of brand new single titled ‘Can’t Remember To Forget‘ in Jan 13. The confirmed release of the song featuring Rihanna are taken from Shakira’s first English-language studio album, scheduled out in spring 2014 since 2009’s She Wolf.

Rihanna was featured in Eminem’s ‘The Monster’ released not long ago in Dec, is a hit to the music charts. So, are you excited with the new collaboration and new song? Now let’s wait for the official release.