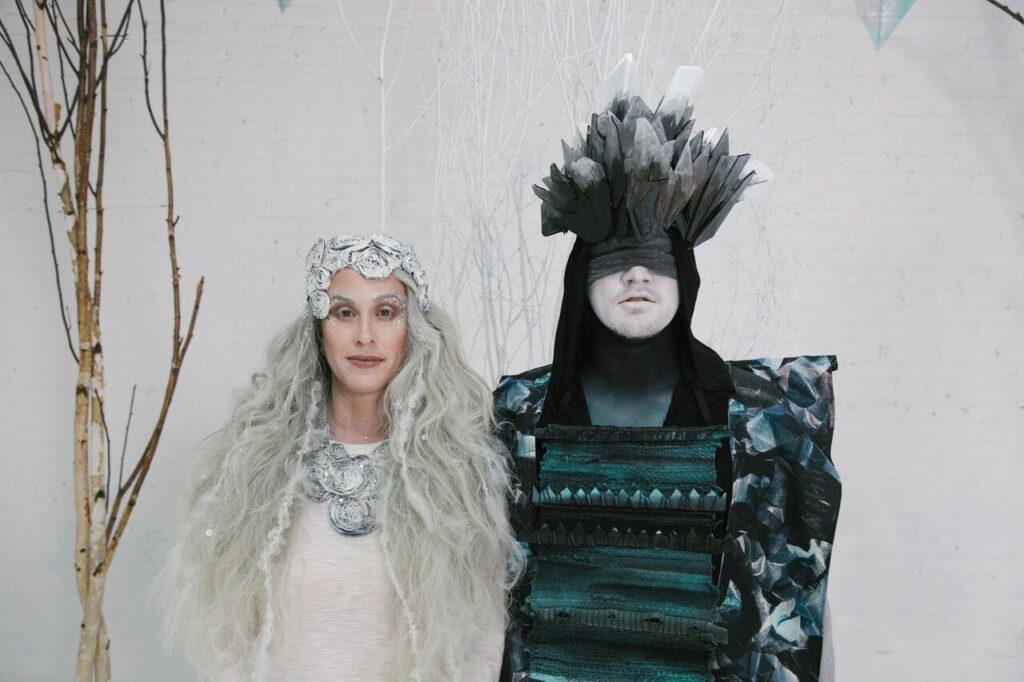 Souleye has earned rave reviews and a passionate following for his rousing and unique style that challenges paradigms and incorporates Hip-Hop, EDM, R&B, and Funk. Touted as “a modern day hip hop warrior,” Souleye’s next highly anticipated full-length album, Wild Man is set for a mid-spring release. Souleye announces the second single off of his new record entitled “Snow Angel,” featuring Alanis Morissette. The artwork was painted by the talented Rob Prior who has worked with Souleye in the past and has created some of his previous album artwork. The new single will be will be available online January 27, 2017 and accompanied by a music video releasing February 1, 2017.

The captivating follow-up single to “Follow Your Heart” is “Snow Angel” which offers another intriguing glimpse of what’s to come on Souleye’s spring release. Produced by Crush Effect, the single showcases Souleye’s inimitable musical approach by offering listeners provocative raps and innovative electronic melodies. On the new track, Souleye explores a relationship that continues to torturously twist and turn as each partner attempts to take a break from the other –only to return. The song unfolds when Morissette belts the breathtaking bridge, “You’re my Snow Angel, you spread open wide as we go back and forth.” Laced with seamless loops and electronic glitches, “Snow Angel” is a liberating collaboration between the couple.

“I have always found my most potent version of service and expression through rap and freestyling,” says Souleye. “I let go and the words course through me in a way that I feel ups my own personal ante.”

In support of the new single, the accompanying music video takes place in a fantasy ice world with an enchanting wintry backdrop. Morissette is shimmering as she wears all white with a silver rose head piece to complete her breathtaking look of a literal snow angel. With complementary masculine power, Souleye is dressed as dark knight with a black iced crown and at times surrounded by the featured contemporary dancers. The choreographed dancers vividly portray the song’s meaning with their subtle storytelling facial and body expressions and movements. Directed by Kyrian Bobeerian, the visual snowy scenescapes create an ethereal and swirling otherworldliness.

“When I first met Souleye, I was a fan. I was captivated by his stream of consciousness brilliance, bravery, imagery and his ability to articulate in such generous and prolific ways. His music touched me on multiple levels,” says Alanis Morissette. “Souleye has a voice like no other and I was a fan who had the great fortune of winning his heart.”

Souleye will be running a social media photo challenge to promote the new single. The contest will begin in early February and will require fans to submit an image of their best snow angel.

The Souleye experience is one of body, spirit, intellect and a combination of social and personal commentary. With stratospheric instrumental hooks and uplifting consciousness-raising lyrics, Souleye continues to expand what is available for rap-loving audiences who have a strong distaste for misogyny and patriarchy and yearn for more. The one-of-a-kind artist’s melodic brand of hip-hop and velvet-like vocals pays homage to the genre’s past while blazing a new trail into the future.