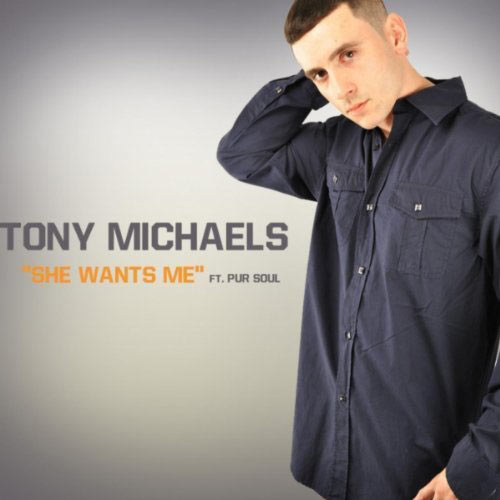 Tony Michaels new hit single “SHE WANTS ME” has the entire Metro Atlanta club scene “watching him”. The Trunk Beata Ent artist combines the dynamics of diversity and pop culture like nothing ever seen in the Hip-Hop capital of the South. Originally from Milwaukee Tony grew up a music connoisseur listening to an assorted variety of west coast hip-hop artists like Easy E, 2Live Crew, N.W.A. and Tupac Amaru Shakur.

Tony lived the typical life of a South side Milwaukee teen a “Green Bay Packer fan”. Life wasn’t as easy as it seems for Michaels he was forced to choose a different path in life obtaining a Black Belt in martial arts as a means of survival.

When he moved south he was quickly won over by the body rocking bass lines of the south. Landing a job in the infamous adult entertainment club, Stokers, Tony found himself in the midst of the Atlanta music industry. Michaels soon found his calling in hip-hop. The handsome Italian heartthrob linked up with noted producer DJ Skeeta and landed a deal as Trunk Beata Entertainment’s pretty-boy Tony Michaels has worked with noted Young Jeezy producer Beat Bangers czar Shawty Redd. He has also collaborated with artists Pūr Soul and Trunk Beata’s first lady Miss London.

Hitting the ground running, the quiet and somewhat reserved singer comes alive in from the crowd rocking the mic with his new hit single “SHE WANTS ME”. Michaels’ debut album “I GOT THE CURE” is scheduled for release in 2010. He aspires to work with artists Usher and Robin Thick as his influence propels him to “creating a new type of music that sounds like nothing else” His raspy smooth vibe has created a ripple effect among fans.

Currently working college tours and the Atlanta night scene while keeping the beat banging in the strip clubs, Tony Michaels is paving the road to his success.