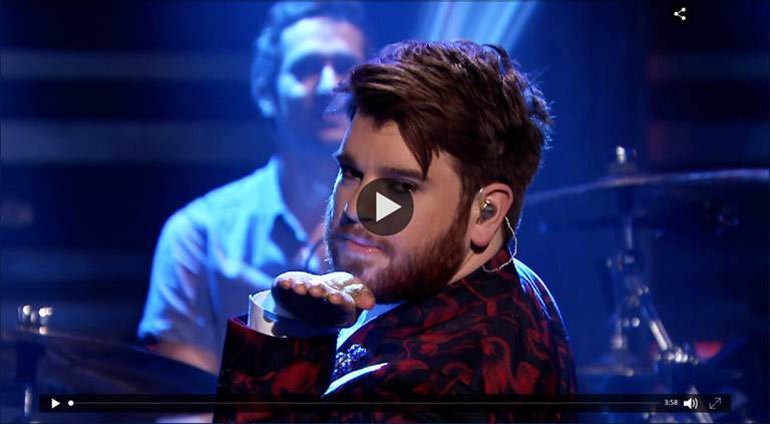 After months of speculation, WHO IS FANCY has finally revealed his identity and did so by performing on The Tonight Show Starring Jimmy Fallon last night. The artist behind the breakout hit, “Goodbye,” made his first public appearance and performed the song, to the enthusiasm from millions of online and radio fans who have been anxiously waiting for the reveal.

On the strength of the single, WHO IS FANCY has quickly become one of 2015’s most talked about artists. Last Thursday, he granted Z100’s Elvis Duran and the Morning Show his very first interview after Elvis and crew speculated for weeks about who the artist could be. Listen HERE!

Up until now, the only audience to watch him live was a select group of ten kids under 10-years-old. Needless to say, they were blown away. Watch the video of their reactions.

Recently, WHO IS FANCY debuted three separate videos for “Goodbye” on BuzzFeed.com, Cosmopolitan.com, and Towleroad.com, respectively. Their cumulative views are quickly closing in on 3-million. On Spotify, the single has been played more than 3 million times and it has spent multiple weeks on the Viral Chart.

Since its release, “Goodbye” has drummed up palpable buzz for WHO IS FANCY, the track recently climbed to #29 on Billboard’s Pop Songs Chart with sights set on the Hot 100.