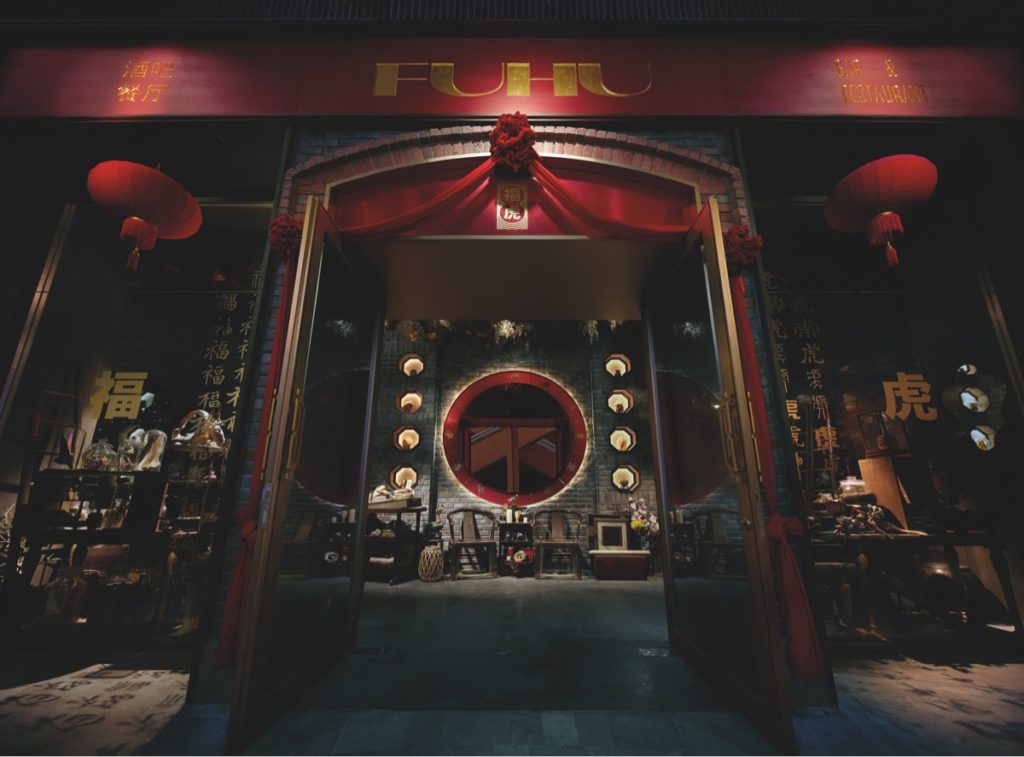 Malaysia will finally have access to the cuisine of a three-star Michelin chef, by way of Demon Chef Alvin Leung’s partnership with FUHU Restaurant & Bar, the new vibe dining concept by Zouk Group set to open on 27 July 2019.

FUHU is a unique dining experience that offers contemporary Chinese cuisine by superstar chef Leung, served with exciting twists in a fun and lively atmosphere. Zouk Group’s partnership with Leung has culminated in a menu of unique yet nostalgic creations that fuses east and west, reimagining Asian flavours with a modern spin on classic Asian fare.

Leung’s involvement with FUHU is set to make waves. Dining at FUHU is the beginning of a great night out, with food that is as picture-worthy as it is delectable. The menu lends to both multiple rounds of grazing, or full-blown Chinese meals, complete with rice and dishes. Signature dishes include the FUHU Roasted Duck, Aromatic Crispy Duck, Boston Lobster Noodles, Szechuan-style Hot & Sour Lobster Soup, The General’s Fried Chicken & Waffle, and Quark Quark Rice Soup.

The launch of FUHU Restaurant & Bar is a monumental occasion for Zouk Group, as it marks our first foray into F&B. We are committed to providing the best, and there is no better way to mark this milestone than to partner a culinary mastermind such as Alvin Leung – says Andrew Li, Chief Executive Officer of Zouk Group

Leung, whose signature look is his mop of streaked hair, earrings and sunglasses, is one of the culinary world’s most countercultural figures. Completely untrained in either classical or traditional forms, the self-taught chef nevertheless wowed food critics and gourmets alike when he opened Bo Innovation, his Hong Kong restaurant serving what he billed ‘X-treme Chinese’ cuisine. He quickly achieved rock star status in the culinary world when food writers around the globe began extolling his skill for modernising centuries-old ingredients and traditional recipes with modern techniques and flavors, delivering novel dishes in tune with contemporary palates.

The London-born, Toronto-bred chef was awarded two Michelin stars for Bo Innovation in 2009, where the restaurant became one of the handful of non-hotel affiliated eateries to be lauded. In 2013, Bo Innovation was elevated to a three Michelin star restaurant, and has retained its ranking to present times.

FUHU is the only venue in Malaysia where Leung’s culinary pizzazz runs unbridled. Away from Malaysia, the engineer turned chef also operates the contemporary Cantonese eatery Forbidden Duck in Hong Kong and Singapore. Leung has also introduced his daring cuisine to China by way of Bo Shanghai and Daimon Bistro. Other restaurants operated by Chef Leung include the modern Asian cuisine 15 Stamford by Alvin Leung, Korean eatery Bib N Hops and casual Spanish bodega Plato 86. He also operates R&D in Toronto, Canada.

Seating up to 150 diners, the 8,000 square feet (750 square metres) space within the experiential thoroughfare of Resorts World Genting takes experiential dining to a heightened sensory level. Meaning ‘lucky tiger’ in Mandarin, FUHU is the coalescence of dining, music and nightlife, with creative dishes and cocktails, house music, and a vibrant atmosphere. Its chinoiserie décor plays on elements found in traditional Chinese apothecaries, juxtaposed against a garden of wonder brought to life by artful lighting and pop art graffiti.

Designed to visually excite, FUHU takes diners through a Chinese apothecary shop-themed entrance, onward along to a hidden garden corridor through the restaurant, with a life-sized Sakura tree in the main dining area. Celebrated graffiti artist, Kenji Chai (who signs his work Chaigo), brought to life the tale of Lady Meng and the Tiger in a floor-to-ceiling mural, while elements of traditional Chinese culture such as rosewood chairs and Ming-dynasty blue and white porcelain motifs transport guests into the story.

FUHU Restaurant & Bar is the fifth Zouk Group-owned establishment to be launched in RWG in the last year, following the success of RedTail Bar, RedTail Karaoke, Empire, and Zouk Club.

FUHU Restaurant & Bar operates from Monday to Sunday from 6pm to 1am.