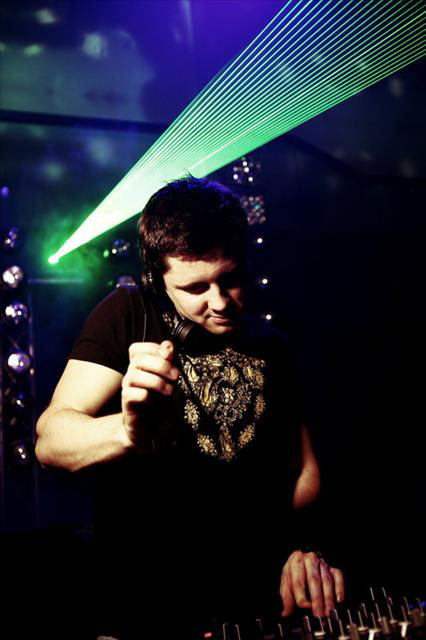 Matt Hardwick is the epitome of an international DJ. Currently ranked in the DJ Magazine Top 100 DJ Poll and renowned by many as being the DJ’s DJ, he is one of the hardest working club DJ’s on the circuit today. His rapid ascendency into dance music with the global phenomenon that is Gatecrasher is something which has been well documented and his invitation to headline the official 2008 Malaysian F1 Grand Prix after-show is the crowning is further proof to the demand for Matt’s music. With a dj diary that reads like an airport departure board his gigs in recent years have ranged from 30,000 at UK festival Godskitchen Global Gathering to 50,000 people at Castle Dance in St Petersburg (Russia), with the likes of Ministry of Sound and Godskitchen completing the picture.

C9 : How did your career as a DJ start? Why did it start to interest you?
Matt : I just started by going to the clubs that played the music that I loved. In terms of actually DJing, my friend had a pirate radio station and used to let me have a go!

C9 : Do you tour very often?
Matt : I spend 3 weekends out of the month outside of the UK touring. The rest, I spend the other weekend playing in the UK.

C9 : What genre of music do you spin?
Matt : Anything from deep house to uplifting trance. I’m known for the latter.

C9 : What do you think about the upcoming Speedzone Tour 2008 which will be held at KL Tower?After the Speedzone events, will you spend your extra time in Kuala Lumpur as well?
Matt : Yes, I love KL, I have played there many times.  I’ll be going to the Grand Prix and will be having a look around until the following Tuesday. Whilst i am really looking forward to the event, i’m equally looking forward to getting to look around KL. Sometimes with dj gigs you’re in and out and so you do not always get a chance to explore the cities as much as you would like too.

C9 : Which DJ that inspired you most?
Matt : I would have to say Sasha.

C9 : What do you do in your free time when not DJing?
Matt : I’m currently training to take part in the London marathon, that is taking up most of my time right now.

C9 : How many albums/compilations that been launched?
Matt : I have completed over 10 compilations. The last one sold over 150,000 copies in the UK. It was a Gatecrasher mix released through Ministry of Sound.

I’m in talks about doing something new for the latter part of 2008, so stay tuned…

C9 : What do you see in yourself for 10 years time?
Matt : Still doing the same, loving the music and playing the best gigs in the world!!