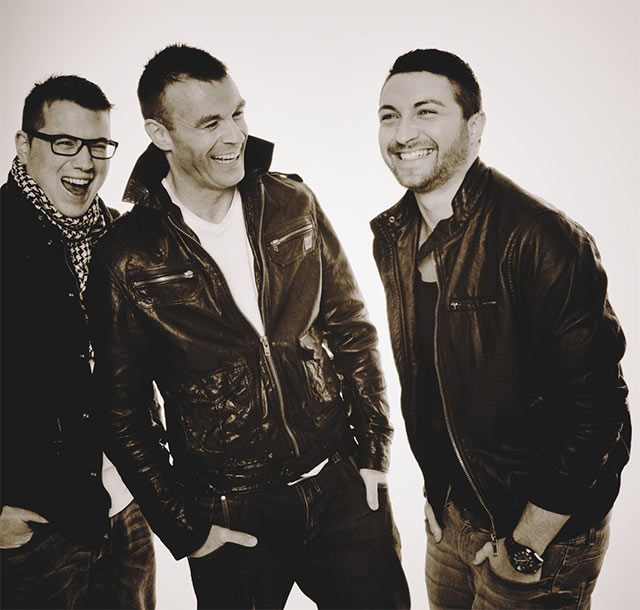 The Futuristic Polar Bears have had a busy month, releasing not one but two singles and they’ve just returned from their epic debut tour of India this week. Playing in some of the hottest club that are sure to remember the Polar Bears for a long time!

Hi guys first off thanks for taking the time to sit down and answer a few questions for us, I’m sure you’re all very tired?
A little tired but not too bad, we managed to get a good kip on the plane (Thanks to Air France upgrading us to business class) So it’s straight back to the studio for us, so we can finish off two remixes and two original productions, on top of sorting this week’s radio show! No rest for the wicked as they say 😉

How was India? Did it live up to your expectations?
India was an amazing experience, the crowds are crazy, never witnessed anything like it. Everybody took great care of us and the food was unreal, a solid 10/10 for the local cuisine ;).

Where did you play while in India and which place was your favourite?
We got to play at Royalty Mumbai, O2 and the Prestige College in Indore and we finished off at Penthouze in Pune. Our favourite gig has to be the Prestige College in Indore though, that was just insane. We were the first ever international act to play at the college and the reception we got was amazing, we even made 3 different national newspapers for our set!

You recently released two new singles ‘Jamba’ and ‘Entourage’, did you use them in your sets and how was the reaction?
Both tracks featured in all of our sets and the reaction to our new singles was brilliant, we couldn’t have asked for anymore. Beatport thankfully featured our Submerge top 10 chart that featured both releases and the support around the world for both tracks has been great.

What will be your favourite memory from the trip?
There are so many great memories of the trip, the thing that will stand out the most is the first impression India as a whole gives you and especially travelling through Mumbai, the city is one of the most vibrant places we’ve been fortunate to visit. Another great memory will be the hospitality in Indore from the promoter Jiggy, we had the use of a bulletproof limousine for the 2 days which was great and he took us to some amazing restaurants.

Well else can we expect to see The Polar Bears touring this year?
We’ve got a really busy summer ahead with trips to Mexico to headline the Dream festival alongside Dubfire & Sebastien Leger as well as tours of Canada, Indonesia, Russia and of course a nice summer season in Ibiza.

If you could tour anywhere in the world, where would you go and why?
We’d love to tour America, we’ve heard so many great things about the clubs from other DJs that have played and would love to spend a week or 2 in LA.

You were traveling a lot on tour, so what do you do to keep yourselves entertained?
We always have our Macbooks on us and there is always work to do so most of the time we’ll be sitting on logic, doing remixes & writing new material.

If you won £20 million in the lottery, what would you do with the money?
We’d do exactly the same as we do now, as we love playing and writing music. No doubt there would be a few purchases including buying a new state of the art studio and a villa in Ibiza to work from in the summer… If money would stretch we’d also buy a plane as we hate queuing up like cattle in airports, it drives us crazy!

If you were a biscuit, which would you be?
We’d be a Chocolate Hob Nob; Classy and nuts.