In Conversation with Bobina – ‘Same Difference’ 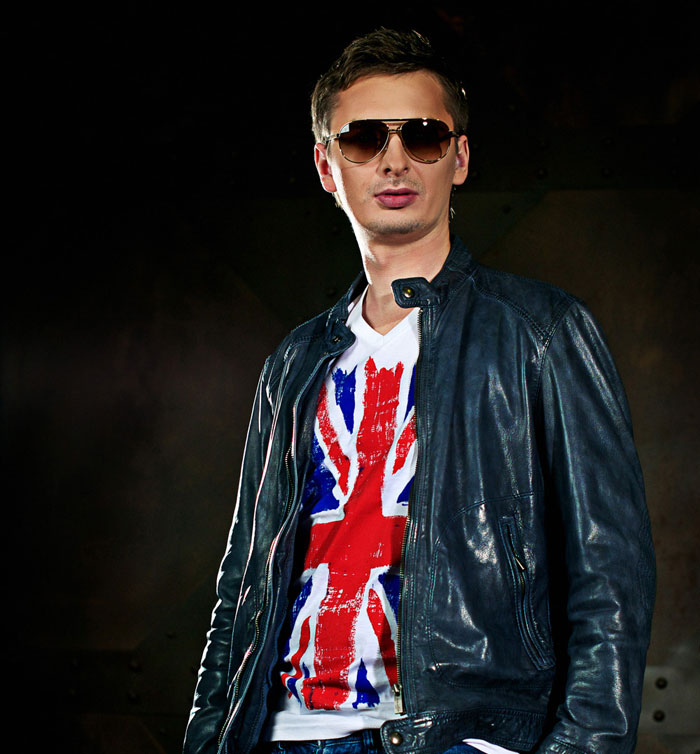 Dmitry, your fourth artist album is out. Comparatively, how did you find the process of producing it to the first three?
Bobina: This one was the easiest in terms of the process, as I didn’t have any specific deadline for the album. The approach was simply it’s-ready-when-it’s-ready. I just decided that I wanted to work on a new album and when tunes were done, right and finished, then it would come out. It was quite a refreshing change to the usual breakneck production schedule towards an ever-approaching deadline date.

Over what period of time were you recording it?
Bobina: First tune from the album ‘Diamond Hell’ was produced at the end of 2011. So throughout 2012 and I delivered it to the label April 2013. It wasn’t the shortest, but it was unhurried, which was a very nice luxury to have.

The cover has quite a retro-futuristic look to it? What inspired that?
Bobina: I have a friend who is also doing all my artwork for albums. With this, honestly, I’m not sure what his inspiration was. I just asked him to do artwork based on his own mood as is impossible to show a physical/design manifestation of ‘Same Difference’ anyway. With Rocket Ride it was much easier, of course!

Rocket Ride had apicture of a spacecraft blasting off from a planet. This one appears to be staring down on a planet from space. Any deeper significance there!?
Bobina: Not really. Mostly I like to make clear covers without any deep significance.

How did the title ‘Same Difference’ come about?
Bobina: For 2 years I sent tracks to Black Hole Recordings (the label who released the album). When the reactions came back, quite a few times I heard things like “this tune is the same as your Bobina productions, Dmitry, but somehow different”. Usually I always know the title of the album before its actually done. This time I had album finished and only then started to think up a title. So we started play around with words and hit on ‘Same Difference’.

With so much soundclashing of styles these days, the sub-genre of a track is ever harder to classify. So people can get a broad idea of what you feel Same Difference is about musically, what do you think are it’s:
1) Trancey tracks: For Who I Am (with Ana Criado), Diamond Hell, Sacramentum (with Andrew Rayel), No Substitute For You (with Betsie Larkin), Lovin’ Lies
2) More progressive cuts: Quattro 372, Miami Echoes, Slow MMXIII, The Space Track, Sober Duck
3) Housey tunes: Same Difference
4) Electro-ish pieces: Basque The Dog
5) None of the above! Play Fire With Fire (with Susana)

How did ‘Sacramentum’ – the collaboration with Andrew Rayel – come into being?
Bobina: We planned to do a co-production since last year, but both he and I were very busy. So we finally had a chance to meet when we played the same event in Moscow back in February. So we came to my studio in Moscow and were there for a few days – did a main melodies and breakdown together. Then Andrew back home & we did two versions separately. He did his Aether Mix, and I did Megadrive version.

The vocal tracks on ‘Same Difference’ are among the album’s highest highlights. Tell us how you went about choosing your vocalists for the album?
Bobina: With Betsie Larkin we did a tune for my previous album. It was called You Belong To Me and we just decided to make another tune together. Mariske Hekkenberg – her voice just sounds somewhat similar to Kylie’s, hence the reason we chose her for ‘Slow MMXIII’. Ana Criado – I just liked her songs and we decided to give it a try while Susana – I had an idea to make a distinctly non-trance track with trance vocalist.

If you had to pick between the kind of happy/uplifting lyrics/vocals or more moody one, typically which would you go for?
Bobina: It depends on my mood actually. Today I could do something happy, tomorrow – deeper.

Which tracks are you most looking forward to hearing remixes of?
Bobina: I think ‘For Who I Am’ and ‘Play Fire With Fire’. There’s plenty of room for adaption there.

Your Kylie Minogue/Slow complex comes up again with another cover of the track! What is it that has you keep coming back to that record in particular?
Bobina: I actually did this cover many years ago and when I played sets people began asking for it with ever-greater regularity. I just did the MMXIII version, which was very close to the version I did earlier but with a fresher set of sounds supporting it.

There’s an unusual inspiration behind the main melody of ‘Basque The Dog’. Tell us about it, and how you decided to draw on it for the track?
Bobina: The melody came from a famous Russian movie. I was visiting my parents, the movie was playing exactly when we sat down drinking tea and I heard the melody. I initially just did a bootleg and played it in my sets – but then i got quite a few questions about ‘which tune is that’? and grew quite attached to it. So decided to clear the melody and release it officially.

What would you say was the:
Quickest, most straightforward track on the album to produce?
Bobina: Slow MMXIII

The track you’re most proud of?
Bobina: I’m never proud of myself, but I like Miami Echoes most of all.

The track you think you’ll play out most this year?
Bobina: Sacramentum

The track you’re most likely to still be playing in 5 years time?
Bobina: Could be any actually

The one the fans will love the most?
Bobina: toss up between ‘Sacramentum’ or ‘For Who I Am’, I think.