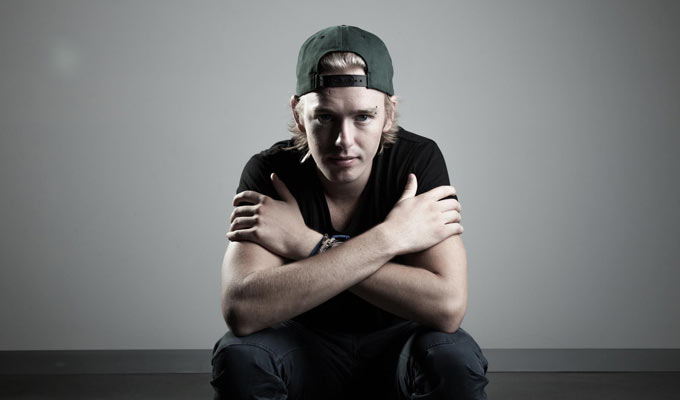 There you go! We just had a quick interview with Australian DJ & producer Will Sparks who will be visiting Malaysia in a few more days and to perform at Zouk in conjunction with his 2014 tour. It was last minute interview but we made it. Let’s find out what Will Sparks says for his new track, tour, plans and many more.

1. Who were some of your influences when you started DJ-ing? And what keeps you motivated?
Kalus, Joel Fletcher, Afrojack + Axwell. To be honest, training hard in the gym and keeping myself fit!

2. Tell us more about your chart-topping track ‘Catch’.
I was in a happy mood when I made it, it was really fun producing it and its something different to what I normally do!

3. Who are your DJ heroes?
Afrojack, Showtek, A-Trak & deadmau5 (even though he’s a producer) 😉

4. Have you visited Malaysia before?
Never! So I’m excited to hang out with the guys from Zouk and look around!

5. You’ll be taking up next club gig at Zouk KL, what’s on your mind?
Well I’ve only heard great things and the Zouk in Singapore was absolutely amazing, so I’m looking forward to it!

6. What are your favourite tunes at the moment?
Tujamo – Hey Mister, Stepping Stone (Choobz Remix), Showtek – We like to party & Deoroo – 5 Hours are among a few I’m liking at the moment.

7. Any project collaboration with other producer/DJs?
Yeah, a few! Joel Fletcher, Samual James and Deorro. A few more I can’t say just yet!

8. What are your plans for 2014?
Touring around the world performing, making a lot of music on the way and hopefully build my own studio!

9. Where’s the best place on earth you’ve ever travelled to?
Palermo, Italy’s food was amazing! Vegas’ extreme culture was eye-opening. But pretty much everywhere I’ve been around the world has its own little highlights.

10. Before we end this interview, where can our readers listen to your mixes, new tracks or tour update?
www.facebook.com/Willsparksofficial
soundcloud.com/willsparks
Twitter: Will__Sparks