An Interview With DJ Taka 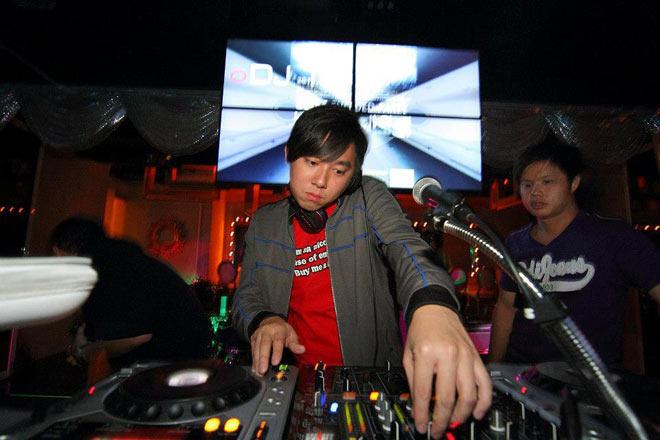 As newcomer in KL’s nightlife scene, DJ Taka has performed in numerous pool party events and the hottest clubs in KL. In this interview, we are getting a closer look on DJ Taka of how he started in DJing, his favourite stuff and many more. Let’s hear out what he has to say.

How did you get into DJ ing?
Back when I was 16, I started hanging out at a local DJ Academy in Hartamas. At that time, the era of digital music started emerging in Malaysia. I guess it was love at first listen for me when I heard the song Traffic by Tiesto for the first time.

I used to chill for hours a day at the studio just to listen to music played by other DJs. At that time I never thought of myself ever becoming a dj because the course fees were really expensive.

After a couple of months, the academy owners started asking me to help out with their events and promotions and I managed to get the feel of the DJ console for the first time. I still remember the feel of those CDJ 100s and Vestax turntables. I guess it was like work in exchange for studio time in a way. I started playing on the decks every chance and things started picking up from there.

Who are your DJ heroes?
DJ Kronic from Australia would have to be one of my biggest hero when it comes to the DJing, not only for his music, but also for his showmanship during his shows. If it wasn’t for his mixtape, which my friend passed to me, I probably wouldn’t have continued DJing. Other than that, DJs such as Steve Aoki, Tiesto, Daft Punk, R3hab, Dirty South, Knife Party, Alesso, Nicky Romero and many others play a big role in influencing my music.

What is your favourite track at this moment?
This is a tough one. If I had to choose one (or two) I would most probably say City of Dreams by Alesso and Dirty South and Spectrum by Zedd and Matthew Koma.

What is your favourite dessert?
ICE CREAM!!! DEFINITELY ICE CREAM!!

What do you like to do during your free time?
I like to catch up on sleep during my free time. If I’m not sleeping, I’d probably be downloading new tracks to prepare for my next show or playing football.

Where is the coolest venue you have played at so far?
Balcony Club in Miri, Sarawak. I was really nervous because I wasn’t sure how the crowd would react to Commercial Electro music as it was still a pretty new thing that time. But from the moment I dropped the first track the crowd went wild! It was pretty damn cool to watch how the internationals and the locals were all partying the night away as one.

Have you anything to say more what is important to our Clubbing9ine.com readers before we end this interview, anything else you’d like to shout out?
Firstly I want to thank Clubbing9ine for this interview and also like to all my fans, friends, agents and organizers for all their support and making this journey possible for me! To the readers, remember to PARTY HARD and I’ll see you soon in the club!